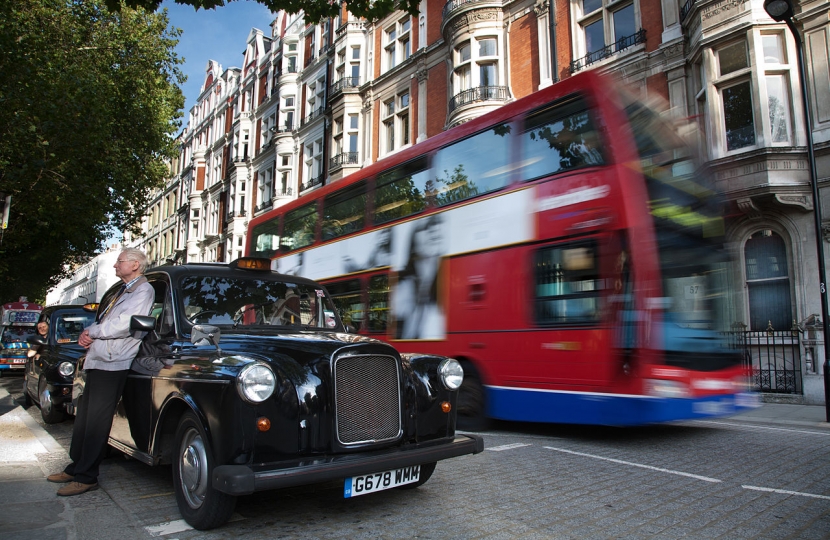 Since starting trading in London in 2012, Uber has had a devastating effect on London’s black cabs, hoovering up business, and driving down prices.

Uber drivers are able to start trading almost immediately after their passing their driving test, but cabbies must train for years and adhere to many strict industry standards pertaining to safety and cleanliness. Additionally, Uber uses what appears to be a ‘taximeter’ to calculate its fares. Strictly speaking, the use of taximeters is reserved for hackney carriage drivers.

At the core of the issue is the lack of clarification, in law, between ‘hackney carriages’ (black cabs), and other types of taxi services, such as mini cabs (‘private hire vehicles’) and Uber.

Mr Goldsmith called the debate in order to bring the issue to the attention of London’s MPs and to start the process of changing the law to properly delineate between the different types of taxi service.

In the debate, Andrew congratulated David Lammy on his words on the Uber controversy, and had his own contribution, saying “What we need is a level playing field…I hope that together we can forge a a cross-party consensus in order to take action to resolve this very serious problem, which could destroy our black cab industry in London.”

Following the debate, Andrew said:
“I’m really pleased to have been able to take part in today’s debate. Black cabs help make London great, and to lose them would be a disaster for our city, let alone the drivers themselves. I’m desperately concerned that if we don’t act soon, London’s black cabs may disappear forever. I hope that together with the other London MPs, this can be the start of a process that forces a change in the law.”

A transcript of the debate, along with Andrew's contribution, can be found here.

Romford M.P. Andrew Rosindell today wrote to the Secretary of State for Transport, Grant Shapps, to urge him to provide “assurances and support to London black cab drivers” during the Government's ‘work from home’ messaging.

A Twitter poll launched by Andrew Rosindell MP on Monday 1st March shows that 83% of respondents seek further regulation of Uber in London.