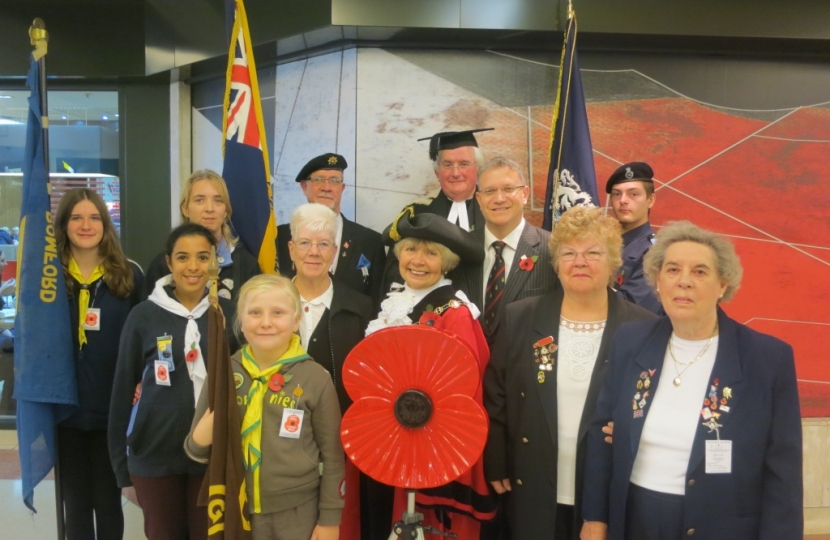 Andrew Rosindell M.P., Member of Parliament for Romford, and the Mayor of Havering, Cllr Lynden Thorpe were both on hand at the Mercury Mall in Romford to help officially launch the local ‘Poppy Appeal’!

Every year the Royal British Legion runs the appeal, with all money raised going to provide much needed and vital support to the men and women of the Armed Forces and their families.

“I am honoured to be a part of the launch of this year’s Poppy Appeal in Romford.

“I hope that everyone will buy a poppy and wear a poppy to show our gratitude for the extraordinary work of the men and women of the Armed Forces.

“The money raised through the Poppy Appeal will ensure the Royal British Legion can continue in their work supporting these men and women and their families.”

If you would like to support this year’s ‘Poppy Appeal’ please visit the Royal British Legion here.