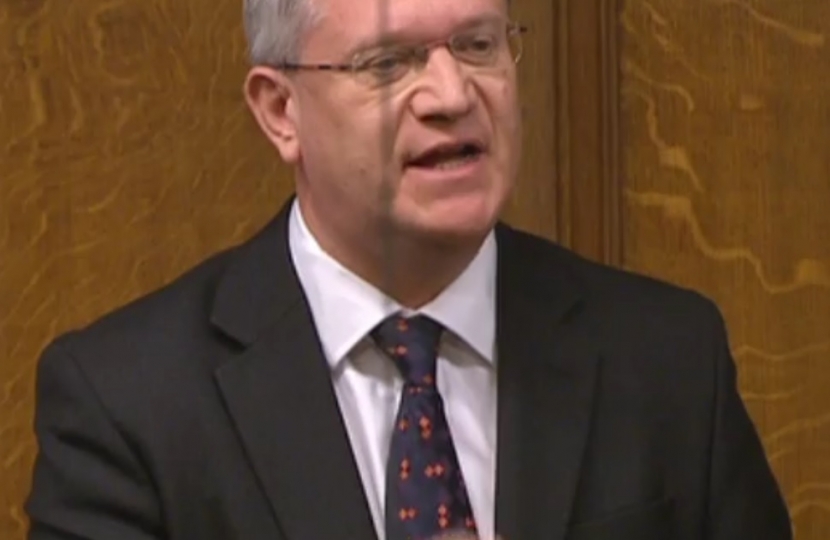 On 20th January, the House of Commons introduced its new English Votes for English Laws voting system, with the use of a tablet to categorise MPs by English and devolved constituencies.

Having sought to vote on the issue of higher education maintenace grants, Andrew discovered that his name was absent from the tablet. This, he expressed, is a cause for great concern as the people of Romford need a representative whom has the right to vote on their behalf in the House of Commons.

Andrew: 'On a point of order, Madam Deputy Speaker. This is the first time in 15 years that I have attempted to vote in the Lobby and been denied the right to do so. My name was not on the tablet used. This is a denial of the rights of my constituents to be represented in a vote in the House of Commons. I seek assurance from you, Madam Deputy Speaker, that my vote will be recorded in the Government Lobby and that this kind of error will never be allowed to happen again.'

Madam Deputy Speaker, Natascha Engels: 'I can well understand the hon. Gentleman’s understandable consternation. I am absolutely certain that his constituency is in England, because it is right next to mine. He has a perfectly good reason to complain. It is quite wrong that his name did not appear and I am certain that that will be rectified. I am assured that although his name did not appear on the list and his vote was not recorded in the way all the others votes were, his vote has been recorded both by the Tellers and the Clerks this afternoon. He need have no fear that his opinion has been overlooked, nor should it ever be.'