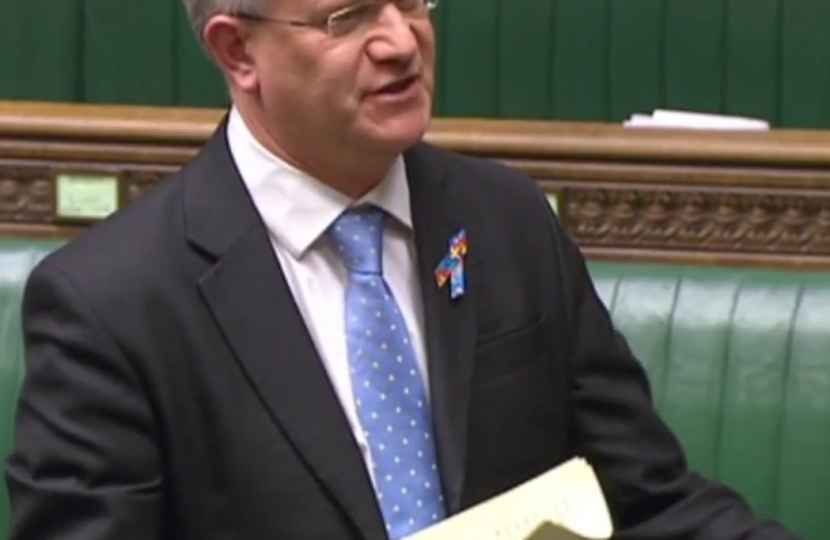 On 10th February, Andrew Rosindell MP held an adjournment debate to raise awareness of autism and the campaign to celebrate Autism Sunday. Drawing attention to the great campaigning activities of his constituents, Ivan and Charika Corea, Andrew praised the Autism Sunday Campaign.

Autism Sunday is a nationally celebrated event established by the Corea family, who founded the Autism Awareness Campaign UK. Andrew asked the Government to take further action to raise awareness of the condition and support sufferers. In response, Minister for Schools, Edward Timpson MP, responded that the Government accepted there was more to do to raise awareness, having launched the Think Autism and allowing for the NHS Innovation Fund to support those with autism.

‘It was an honour to be able to hold the debate on this topic, and for the House to allow me the opportunity to highlight the fantastic work done by my constituents, Ivan and Charika Corea, in raising awareness of autism.

‘According to the National Autism Society, there are around 700,000 people in the UK living with autism. Despite these numbers, sufferers of the condition are not covered by social care. It is vital, therefore, that greater attention is brought to the extent of autism and I am proud that my constituents have led the charge in this campaign.’