Andrew Rosindell admitted to the Order of St. Agatha 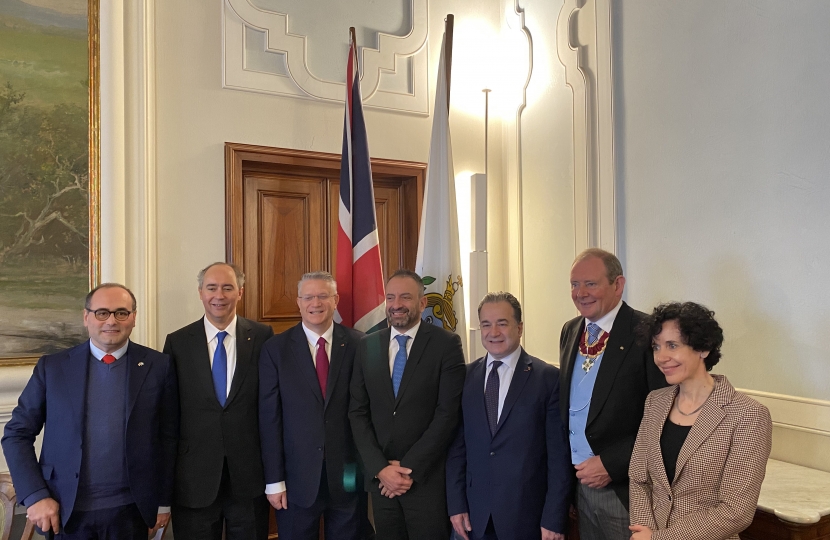 Andrew Rosindell was today, 13th October 2021, admitted to the Order of St. Agatha. The Order of St. Agatha is a Sammarinese order presented to foreign nationals who have positively contributed charitable and other services for the benefit of the republic deserving of recognition.

Speaking after the ceremony, Andrew said:

Honoured to have been admitted today to the Order of St. Agatha by the Secretary of State for Foreign Affairs of the Republic of San Marino. San Marino is the oldest democracy in Europe that joins the UK in upholding the system of common law. Pleased to also lead discussions with Sammarinese ministers and parliamentarians on forging closer friendship and co-operation with this proudly independent nation which, like Britain, is not a member of the EU."