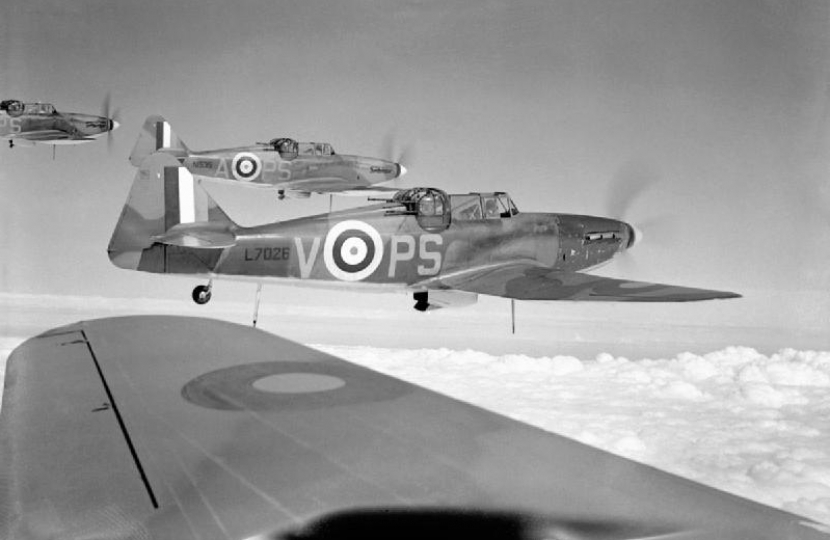 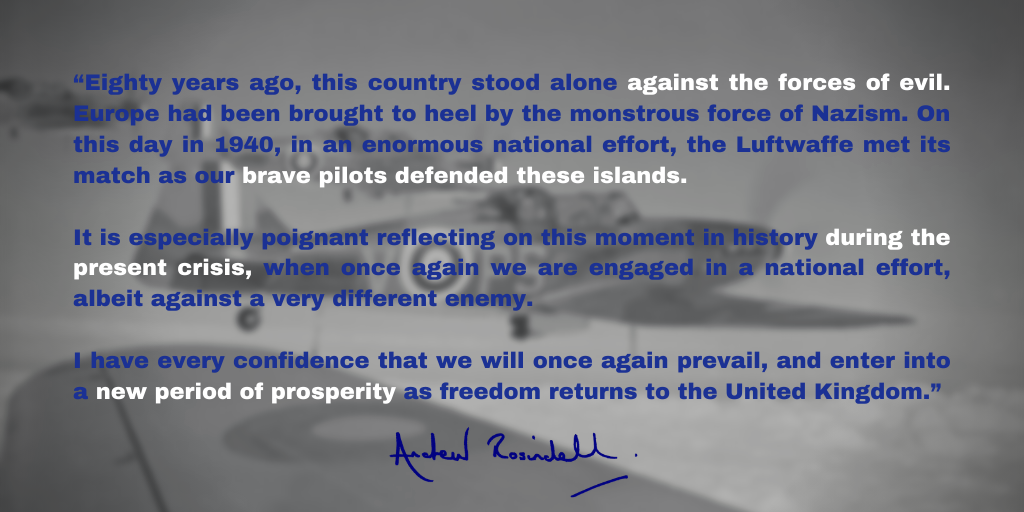 “Eighty years ago, this country stood alone against the forces of evil. Europe had been brought to heel by the monstrous force of Nazism. On this day in 1940, in an enormous national effort, the Luftwaffe met its match as our brave pilots defended these islands.

For me personally this day is one of reflection. My own father, Frederick William Rosindell, served in the RAF during the Second World War, although not during the Battle of Britain. It is also especially poignant reflecting on this moment in history during the present crisis, when once again we are engaged in a national effort, albeit against a very different enemy.

I have every confidence that we will once again prevail, and enter into a new period of prosperity as freedom returns to the United Kingdom."

Today, Andrew Rosindell asked Prime Minister Boris Johnson about illegal migration, and the way in which the Human Rights Act constraints Government action on this and other issues.