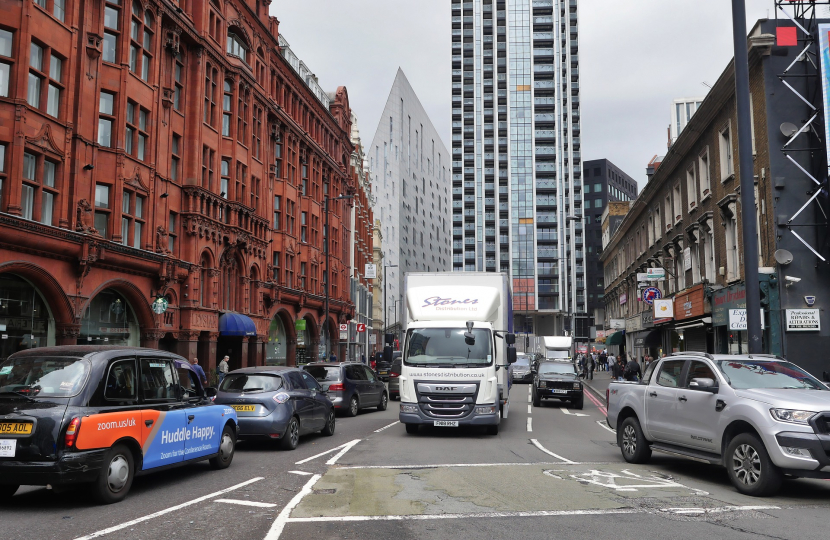 Romford M.P. Andrew Rosindell has voiced his opposition to Mayor of London Sadiq Khan's plans to expand the Ultra Low Emission Zone (ULEZ) to the 'outer London Boroughs' of the GLA, this would take the zone to the M25 motorway and significantly impact low-income families in Romford who rely on their car.

“Sadiq Khan has already waged war on car drivers across Greater London by proposing plans to introduce road pricing as well as his desire to expand the ULEZ to everywhere inside the M25 motorway.

The imposition of a boundary charge would add insult to injury for the people of Romford and Havering who have simply had enough of this Zones 1-3 Mayor.

As we are seeing the cost of living soar, he decides to hit the commuter in the pocket, he has tried to blame the Government for his mismanagement of Transport for London and has only himself to blame for the financial black hole which has been created in TfL’s accounts.

The Mayor of London wants to introduce a boundary charge which would get visitors to London to pay an additional tax based on the emissions of their vehicle, which will cripple the already severely wounded tourism sector in our city.

The Mayor uses the guise of air quality but his new electric (net zero) buses will be delayed by at least three years until the late 2030s (estimated now to be 2037).

Sadiq Khan talks a lot about pollution and air quality but if he was really serious he would do something to sort out the pollution in the River Thames, this just amplifies how this is all a show while he really targets car drivers.

Outer London Boroughs, such as Havering and Redbridge, are unfairly hit as public transport connectivity is poor at best unless you’re travelling in and out of central London, for my constituents, it is essential to have a car to travel around the Borough.

People need cars because the Mayor of London funding for public transport is negligent, even though Havering is a large contributor to the GLA.

What the Mayor is really doing is crucifying and punishing the motorist to pay for his incompetence and financial mismanagement of the GLA.

Sadiq Khan should admit he has failed and resign, we are now all fed up with his incompetence.”