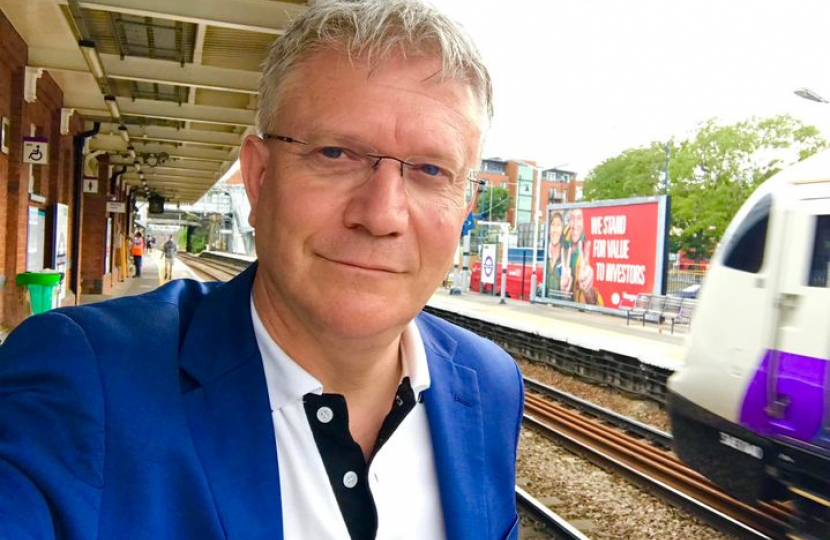 Andrew Rosindell M.P. for Romford has slammed Sadiq Khan for increasing bus and tube fares at the height of a cost of living crisis. He says it will hit the lowest income families and a sign that the Mayor of London is waging war on commuters.

"I think it is absolutely shameful that Sadiq Khan, the incompetent Mayor of London, has decided to hit the lowest-paid workers in Greater London in the hardest way he could, by increasing bus and tube fares.

Khan has been a disaster ever since he took office and now, as we are seeing the cost of living soar, he decides to hit the commuter in the pocket.

Of course, he has tried to blame the Government for his mismanagement of Transport for London and has only himself to blame for the financial black hole which has been created in TfL’s accounts.

Sadiq Khan has already waged war on car drivers across Greater London by proposing plans to introduce road pricing as well as his desire to expand the ULEZ to everywhere inside the M25 motorway.

Now, he is going to war with public transport commuters, he is raising the already extortionate cost of living in Greater London and many families and those on low income will simply not be able to afford his gigantic price hikes.

If he is serious about us using public transport then perhaps he should reconsider the fare increase as this just seems counterproductive to any incentive that public transport in Greater London has.

The Mayor won his last election, and the one prior to that, by promising to freeze TfL fares and he has backtracked on this promise less than a year after he was returned to City Hall, how on earth can we trust this man?

If Sadiq Khan cared about the cost of commuting, low-income families or if he had any decency at all then he should admit that he has failed and follow in the footsteps of Dame Cressida Dick and resign."