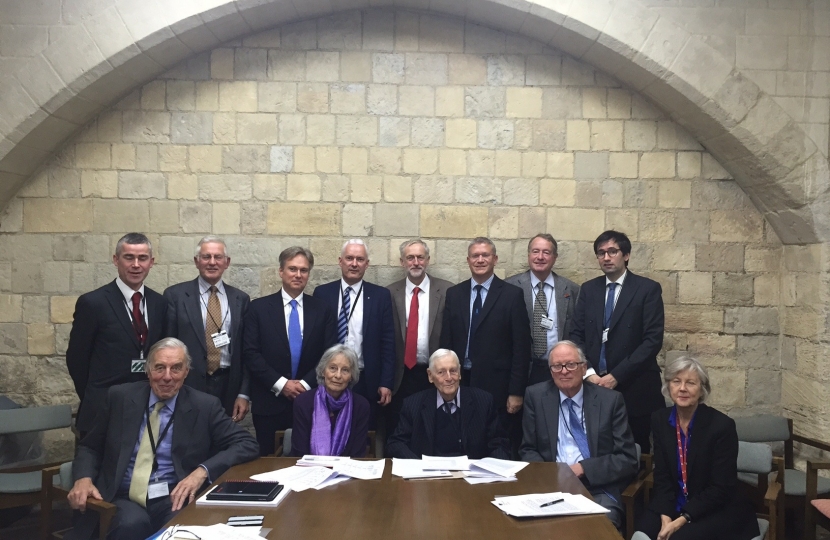 At its meeting on 14 October 2015 Andrew Rosindell MP was elected Chairman to succeed Jeremy Corbyn MP. As Leader of Her Majesty’s Opposition Jeremy Corbyn was obliged to step down as chaiman, in accordance with Parliamentary rules on All Party Groups. The Group invited Mr Corbyn to become its Honorary President which he was pleased to accept.

The Group discussed the FCO’s consultation with the Chagossians and interested parties on the policy review of resettlement launched by the Government on 4 August. The deadline for replies is 27 October. At the chairman’s suggestion members decided to ask for an adjournment debate in the House of Commons in order to engage with the Government on how they intend to proceed with resettlement and on the sources of international funding available. The Group also decided to mark the fiftieth anniversary of the creation of the British Indian Ocean Territory on 8 November 1965 with a letter to the press and a topical question in the House of Lords. An Early Day Motion will also be circulated.

The next meeting of the Group will be on 9 December

The APPG was established in December 2008 with the purpose of helping to bring about a resolution of the issues concerning the future of the Chagossians and of the Chagos Islands. It has held 51 meetings since then. The Group currently consists of 35 members from the Conservative, Labour, SNP, Liberal-Democrat, Green and Plaid Cymru parties, plus Cross Bench peers.  Andrew Rosindell has been a Vice-Chairman of the Group since its inauguration. He has visited Mauritius and met the Chagossian community there.

“I am proud to have been elected Chairman of this important All Party Group. This group has genuine cross party support and works to promote a key issue which the government needs to address. The Chagossians were unfairly forced to leave their homes in the 1960s and I look forward to working with my fellow members and peers to hold the government to account on this issue and enable the Chagossians return to their homeland.’