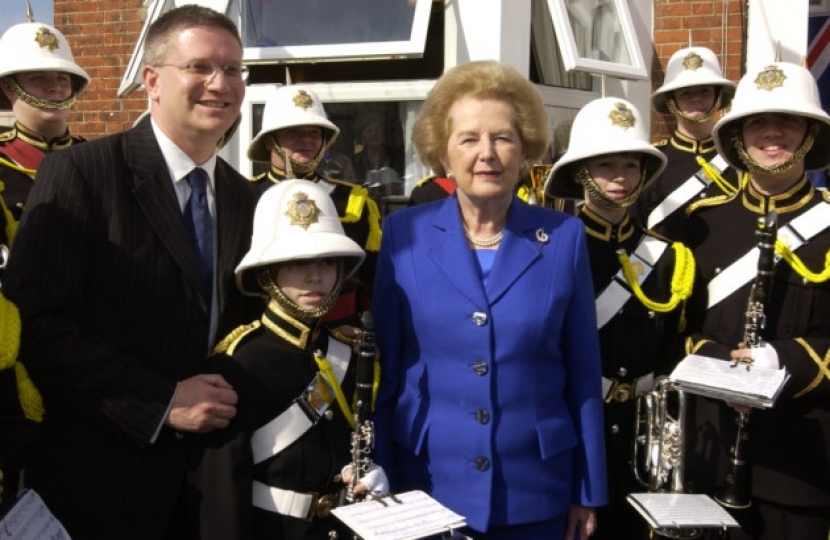 Andrew Rosindell M.P., Member of Parliament for Romford, is deeply saddened by the tragic passing of Baroness Thatcher and would like to offer his heart-felt condolences to her family and most especially to her children, Sir Mark Thatcher and Carol Thatcher.

"I would like to thank Lady Thatcher, for all she did for our nation, and pay tribute to her courage, determination and leadership as Prime Minister, for her love of country, for being such a kind and compassionate human being and for being a true friend to so many of us. Britain is going to miss her.

"I’m deeply sad at the moment. I met her many times, in her later years she didn’t go out so much and I would often visit her at Christmas and Easter in particular, we became very good friends.

“I’m very sad that she’s no longer there but it’s her life that we should celebrate.

“She was such a kind, caring considerate person, she always made time for people, especially young people.

"In her career she saved this country and made Britain great again. She was also a very good friend to me."

In honour of Baroness Thatcher, a book of condolence has been opened at our headquarters “Margaret Thatcher House,” 85 Western Road, ROMFORD, Essex, RM1 3LS, for those who would like to make a tribute. If you would like to record your condolences, please contact me directly on 07904 891392 or 01708 761583.