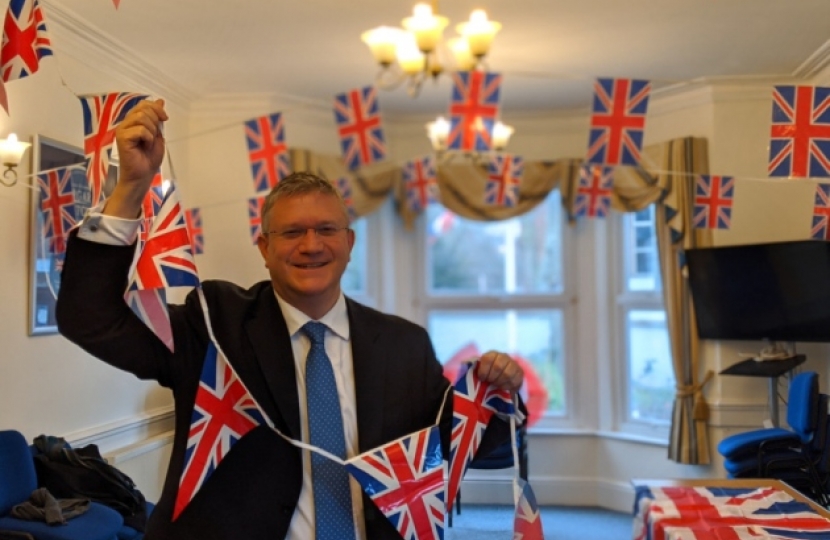 Britain can once again stand tall, with the future of our nation restored into the hands of its own people.  Finally, we will be back on the path to independent nationhood and full sovereignty.  We are taking back control of our laws, trade policy, immigration, borders and seas around our islands.  No longer constricted by the ever-expanding tentacles of Brussels bureaucracy, the United Kingdom will be able to become a truly global trading nation once again.

Today, the 31st of January, will be a joyous day of celebration for all patriotic Britons, including myself. The people of Romford voted overwhelming to LEAVE the European Union. I led the Havering VOTE LEAVE campaign and I have fought every single day since the Referendum to deliver on that vote.

However, we must not become complacent in the months ahead. Yes, tonight we would have officially left the European Union, but there is much more to Brexit than simply leaving the E.U. legally.  Our government must be bold in order to take full advantage of the massive opportunities ahead of us.

That means negotiating a new trade deal with Europe that enables us to return to our roots as a seafaring, global, free-trading nation.  This means reviving our relationships with the Commonwealth and historic partners across the Atlantic, as well as working together with the nations of the continent.  It also means being ambitious in our domestic agenda, so that BREXIT delivers change for the better for everyone in the United Kingdom, especially the great people of Romford who led the country in voting to LEAVE the E.U.

As Romford’s M.P., I would like to take this opportunity to once again thank every constituent who voted to LEAVE in the Referendum 2016 and in the General Election of 2019, gave me the largest vote I have ever received.  Now, I can with pride say that BREXIT is done and our nation can go forward to freedom, prosperity and independence.  Tonight, 31st January 2020, let us all celebrate, but tomorrow we must all unite and work hard to make our nation the greatest it has ever been!

This article originally appeared in the Romford Recorder.