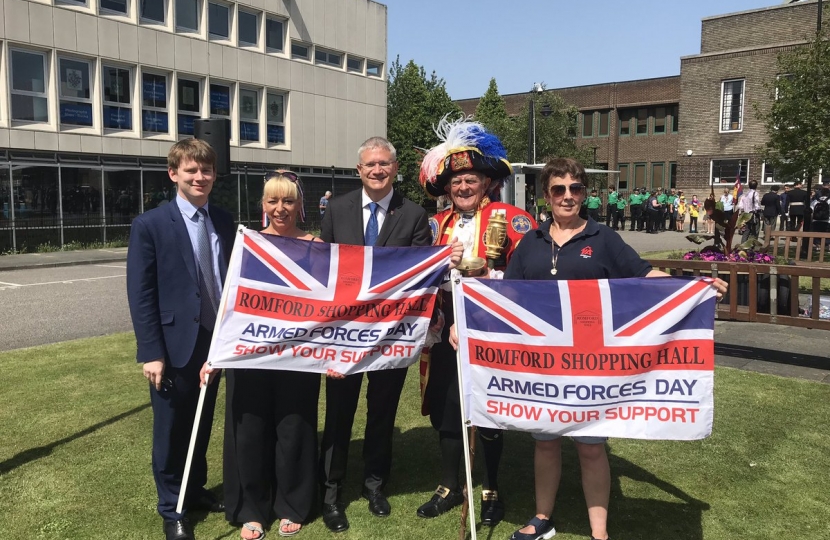 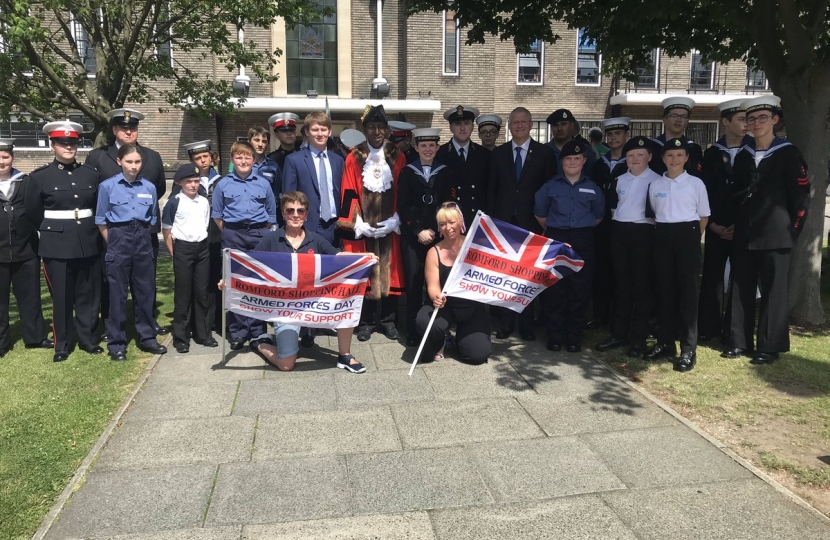 Last weekend I had the honour of joining the 6F Romford Squadron, Royal Air Force Cadets and the Hornchurch and Upminster Sea Cadets to celebrate Armed Forces Day in Romford. I would like to take this opportunity to express my support for our Armed Forces who continue to protect our freedom and security, including that of our allies around the world.

We owe a debt of gratitude to each and every past and present member of our Armed Forces. Their sacrifice and commitment to our nation should serve as a source of great pride. Armed Forces Day provides the opportunity to celebrate our service personnel, veterans, reservists, cadets and everyone that supports them while they are deployed, on duty and at home.

There are over 190,000 personnel serving in the UK's Armed Forces, who not only help to guarantee our national sovereignty and territorial integrity, but also in answering the call during times of crisis around the world. From helping defeat Daesh, to guaranteeing the security of our NATO allies in Eastern Europe and the Baltics, to transporting international aid - the UK Armed Forces truly are a global force for good.

I was delighted to see coverage of some of the 330 events which took place across the country in celebration of Armed Forces Day, and the occasion certainly felt more pertinent following the recent marking of the 75th anniversary of the D-day landings.

I welcome the Chancellor's announcement in the Budget of an extra £1 billion for defence over the next two years, on top of the £800 million increase announced in the spring. This will ensure that the UK continues to have world-leading armed forces, and will enable the modernisation of critical assets.

But more must be done. Rest assured that I will keep fighting for us to have an ever stronger, more powerful, better equipped and looked after Armed Forces. We must also take action in order to help veterans, who can understandably struggle adjusting to civilian life after service. Our Armed Forces personnel sacrifice themselves for our safety, we must do more!