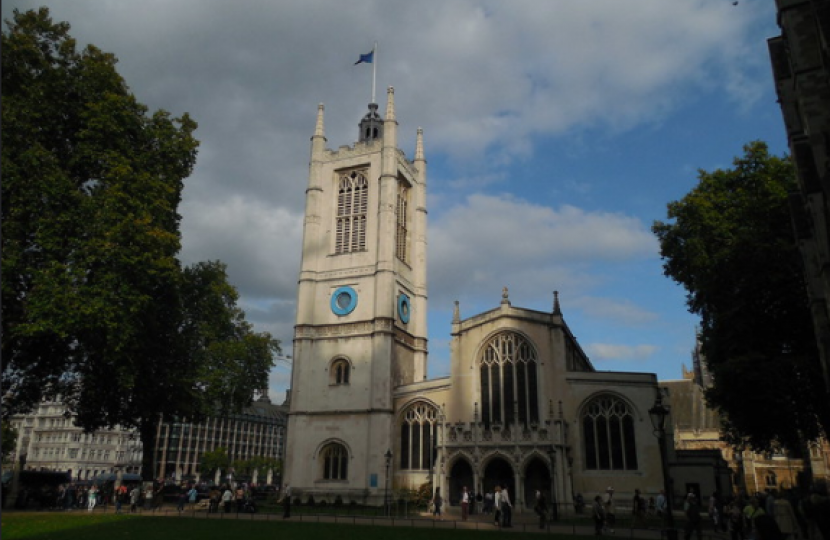 The letter calls on the Prime Minster to ensure that whatever measures are introduced next, people in England will not be stopped from attending religious services again.

The letter is in the name of Sir Edward Leigh MP, and signed by 48 other MPs and 27 peers. They state that the Christmas message of hope is needed more than ever in a year that has brought dark days for so many people.

Catholic Union President, Rt Hon Sir Edward Leigh MP, comments: “This is a very difficult time for many people and attendance at religious services is a significant help to people in coping with it. I appreciate the Government is having to make some very difficult decisions but taking away one of people’s most basic freedoms must not be done lightly. In the absence of evidence that such services have been a significant source of transmission of the virus, outlawing religious services is a disproportionate response to the pandemic and is increasing the suffering of many people. This letter shows just how much support there is in Parliament for getting churches open again.”

Catholic Union Head of Public Affairs, James Somerville-Meikle comments: “This week is a huge test of whether the Government understands the importance of faith to people’s lives and is prepared to reflect that in policy. We’re not asking for special treatment, but for religious services to be treated like other services deemed essential for health and wellbeing. As Christmas approaches, we hope the Government will provide some good news to Christians across the country and allow churches to open for services again. So many parts of our lives have been disrupted by this cruel virus. The Christmas message that light overcomes darkness is needed more than ever this year.”

Andrew Rosindell M.P. comments: "More than ever we need the community and togetherness that worship and prayer give us, so it’s vital we lift restrictions on religious worship as soon as possible. I am proud to join colleagues in calling on the Prime MInister to lift the ban on religious services."

Andrew's letter to the Minister about Dagenham and Redbridge FC

Andrew Rosindell M.P. has written to the Secretary of State for Digital, Culture, Media and Sport, the Rt. Hon. Oliver Dowden M.P.