EVENT: #APetInEveryHome - Jasmine's Law and Pets in an Age of Lockdown 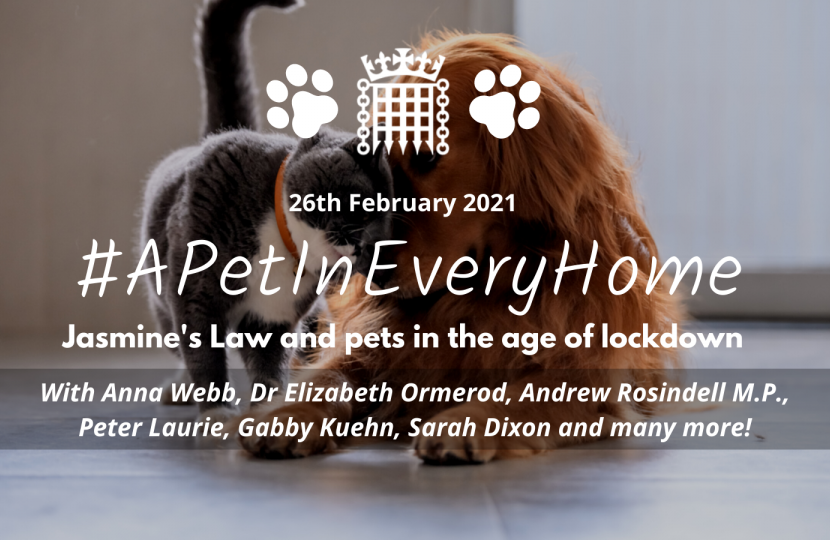 On the 26th of February, Andrew Rosindell will be hosting an event on his Ten Minute Rule Bill, "Jasmine's Law" and his campaign for #APetInEveryHome

Pets have provided a relief from the loneliness and monotony of lockdown for many, particularly those living alone. As a result, there was an increase in pet ownership in 2020, alongside reports of surging demand for kittens and puppies.

The past decade has also seen an increase in the percentages of the population in rental accommodation, with 20% now in the private rented sector, up from 13% in 2007. Yet just 55% of landlords allow pets. Thousands of people are now being forced to give up their pets every year because of these clauses, which are almost always unnecessary, with 200 dogs a year being given to Battersea alone due to these clauses.

Andrew Rosindell's bill will change this, by banning blanket "no pets" clauses in rented accommodation. Subject to certain requirements and exemptions, the right to own a pet would be assumed.

Andrew Rosindell is the author of Jasmine's Law, and the leader of the campaign for #APetInEveryHome. He has been passionate about animals and animal welfare for all his life, and was the Shadow Minister for Animal Welfare from 2007-2010. He has owned teo Staffordshire Bull Terriers, Buster and Spike, both of which were well known and loved dogs in Westminster. Andrew has campaigned on animal issues in the past, including on the issue of discrimination based on dog breed, which he opposes, and microchipping, which he supports. Andrew is also very active supporting the work of the UK's zoos and aquariums, as the Chair of the APPG on Zoos and Aquariums.

As Small Animal House Physician, Elizabeth was responsible for Glasgow University’s inner city charity veterinary clinic during which period she became attuned to the significance of companion animals in the lives of vulnerable people. With multidisciplinary collaboration she developed veterinary outreach programmes, delivering Animal Assisted Intervention (AAI) programmes to schools, nursing homes, hospitals, sheltered housing and prisons. Elizabeth has travelled widely to meet colleagues overseas working on pets in housing issues. She has advocated for her clients when threatened with eviction if they do not relinquish their pets.

Sarah Dixon, is a Director of the FOAL Group, a practising Solicitor and a passionate, determined animal welfare advocate and campaigner. With the ability to apply legal reasoning to emotive and sensitive issues, Sarah brings an insight to the legal challenges ahead with balanced compassion and realism. 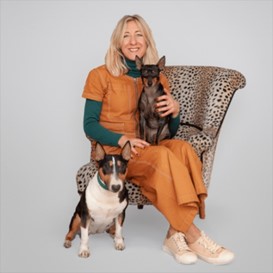 A columnist for magazines including, Your Dog, My Weekly, she’s also an expert spokesperson for The Express.

She combines her Psychology degree with qualifications from the College of Integrated Veterinary Studies, offering a holistic approach to nutrition and behaviour.

In her podcast, A Dog’s Life, she explores all aspects of modern dog ownership.

Passionate about animal welfare, Anna learnt about cruelty and neglect cases when her father was secretary of the Shropshire branch of the RSPCA.

An Ambassador for charities including All Dogs Matter and Dogs on the Streets, she supports campaigns, Ban Puppy Imports, Finns Law and Andrew Rosindell’s bill Jasmine’s Law.

She lives in Hackney with Prudence her Bull Terrier, Mr Binks a re-homed Toy Terrier, and Gremlin her rescued cat 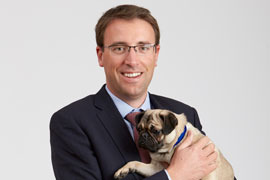 Peter brings extensive sector experience to the role. Prior to joining Battersea, Peter was Chief Executive of the Retired Greyhound Trust, Britain's largest single-breed charity that finds homes for thousands of ex-racing greyhounds each year from a network of volunteer-led branches. He has served as the Honorary Secretary of the Association of Dogs and Cats Homes for the last nine years, and is a Trustee of the Petplan Charitable Trust and the Southern Thailand Elephant Foundation. Previously he held welfare, regulatory and business development roles in various not-for-profit and commercial organisations.

Peter has grown up with many pets and currently he and his family are proud owners of Battersea dog Wilson.

Rachel Cunliffe is Deputy Online Editor at the New Statesman. She is a regular guest on the BBC and Sky News, usually discussing politics, business, technology, and culture. Previously, Rachel was Comment and Features Editor at the London newspaper City  A.M., specialising in politics, business, and the intersection between the two. Her writing has also appeared in The Times, The Telegraph, The Spectator, Grazia, and Prospect Magazine.

In another life, Rachel studied Classics at Cambridge, and has a Masters in Latin literature. She is a passionate cat lover, and dedicated servant to supreme feline Clio (pictured). 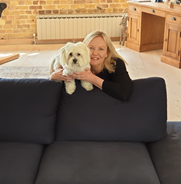 Gabby Kuehn is the Founder of PAAW House, a social enterprise providing a social hub for pet lovers.

PAAW House was born out of Gabby’s love for her dog Vinnie, and her family’s personal encounter with negative pet policies, when they were taken to court for having their dog Vinnie living in the family home. During this time, Gabby experienced wonderful kindness and support from dog loving communities, and animal charities, these qualities were the foundations of PAAW House. She has since been contacted by numerous people across the UK in similar situations, who don’t have the option to fight against the discrimination they experience.

PAAW House has campaigned for tolerance and acceptance for the human animal bond, and an end to no pet clauses since its inception. They are delighted that Andrew Rosindell has taken this important issue to the next level and are proud to support Jasmines Law.

Gabby is passionate about animal and pet welfare and supports all who campaign on their behalf. Through PAAW House she continues to build a community advocating the human-animal bond, campaigning for positive pet policies, supporting each other, and having fun along the way. Our very own Pet Revolution! 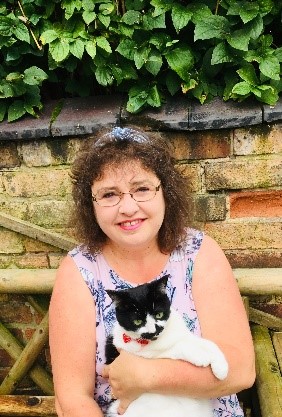 Jen Berezai has owned cats for all of her adult life, and currently shares her East Midlands home with 6, ranging in age from 4 to 15, and one very long suffering husband! Having been involved with local animal shelters, Jen and other volunteers recognised a very real and growing problem within the rescue/rental communities, and resolved to do something about it. The result – AdvoCATSeastmids – works with landlords and tenants and has helped many people since its inception in 2018, as well as actively campaigns for more awareness around the issue of pets in rental properties. Describing herself as “politely argumentative” Jen is passionate about the cause, and spends most of her free time welded to her laptop and phone.