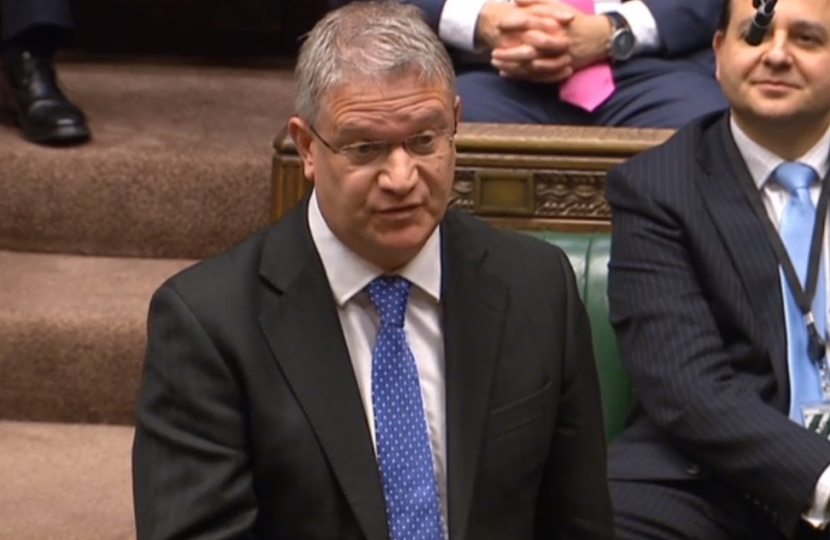 On 5th January, Andrew was able to ask the Prime Minister which powers the people of Romford can expect to be returned to the British Parliament following the EU negotiations. The Prime Minister, who is currently touring European Union member states to gain support for his reform package, included sovereignty in his four-strand call for change. His request is that Britain be allowed to opt-out of further political integration with the EU, returning powers to the British Parliament.

What the Prime Minister has not mentioned, however, is whether powers which have already been transferred to Brussels will be returned. This led Andrew to ask the following question in Tuesday's debate on the EU Council:

Andrew: I welcome the Prime Minister’s commitment to end the imposition of ever closer union, if that can be achieved in a binding way for the long-term future, but my constituents want to know what is being reversed. What is happening to the ever closer union that we have been subjected to for the past 40 years, and what powers are coming back to this Parliament?

The Prime Minister: We have just achieved the biggest return of powers since Britain joined the European Union, which is the opt-out from Justice and Home Affairs, where 100 measures came back to Britain. We have seen exactly the same, and we will see more, with regard to the eurozone, where we want to make absolutely sure that we suffer no disadvantage, we cannot be involved in bail-out schemes, and the British position is protected. That is a return of power. Look at what we are trying to achieve on deregulation, where we are saying that we need deregulation targets and cuts in regulation—that is about powers coming back to Britain. If you look at what we are saying about a subsidiarity test where every year the European Council should be asking, “Are these powers and these areas of powers still necessary, and can they be returned?, you see that the whole aim of this renegotiation is to say, “Yes, we are part of a European Union that is reformed and that can achieve greater prosperity and greater security for Britain, but we are doing it as a proud nation state with institutions that serve the people who put us here.”