Letter to the Secretary of State regarding ambulance handover delays. 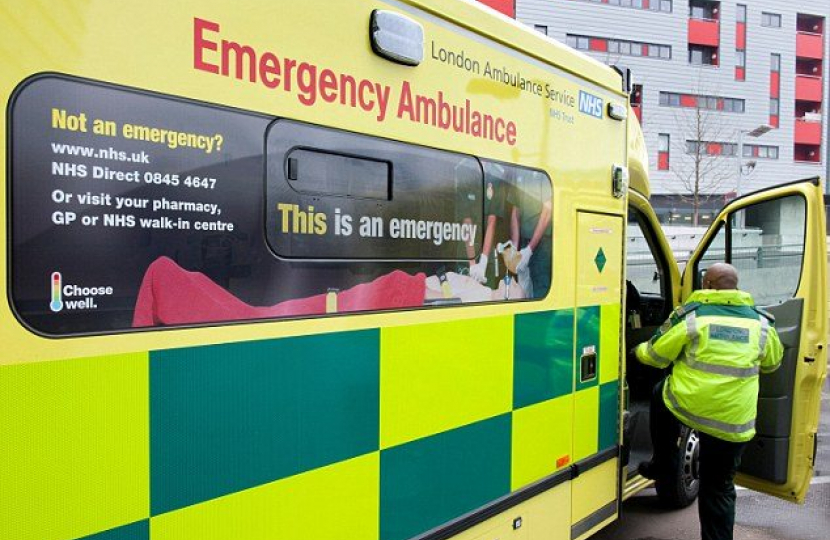 Romford M.P. Andrew Rosindell has written a letter to The Rt. Hon. Steve Barclay M.P., Secretary of State for Health and Social Care to raise concerns about ambulance handover delays and where people have been most affected.

If our state is to function as it is advertised, then we require a health service which delivers consistently. Despite record levels of funding across the board, the NHS is facing chronic failures to deliver on the needs of the people of this country.

"18,537 hours were lost due to continuing ambulance handover delays across hospital trusts in the Greater London Area which is amounting to an average of 378 hours lost per day. Leading those worst affected is the Barking, Havering and Redbridge University Hospitals NHS Trust (B.H.R.U.T.), which is centred in my constituency at Queen’s Hospital, Romford where we have lost 2,527 hours to this ongoing problem.

I have received numerous complaints from residents in Romford confirming that this data is a reflection of their own experiences.

This is coupled with exceedingly long waiting times once patients have arrived at their hospital of convenience. I have been informed that Queen’s Hospital has been experiencing emergency waiting times of up to 15 hours."