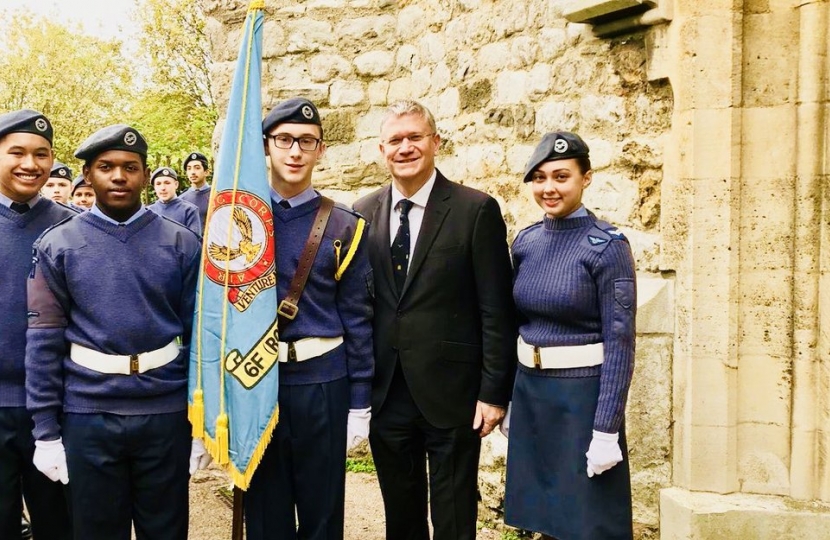 "The vandalism to the Bomber Command memorial at Green Park this week, brings shame upon those who carried out this cowardly act.

It is absolutely sickening to see what these vandals have done.  So many brave airmen gave the ultimate sacrifice for our freedom, so it is a travesty to witness such thoughtless acts by people who abuse the freedom this nation has given them.

What must veterans think when they see such disrespect to our own fallen?

It is quite hard to see what these yobs were trying to achieve, unfortunately it seems that not everyone understands our history and what sacrifices were made, so we could enjoy the freedoms we have today.

I have always honoured the service the Royal Air Force have given over the past century and last year, celebrated the RAF’s 100th anniversary.  I am proud to serve as President of the Air Training Corps cadets from 6F (Romford) Squadron and in Havering, we have a very special connection to the RAF. In the first half of the 20th century, RAF Hornchurch was among the country’s most important military airfields. Pilots stationed at Hornchurch became national heroes during the Battle of Britain, forming part of the front line of the country’s defences. I am also deeply proud of my own father, Frederick William Rosindell, who served in the Royal Air Force during the Second World War.  He was an RAF pilot and Flight Lieutenant, who flew transport planes and survived being shot down by the Luftwaffe over the East of England.  So, the Royal Air Force has always had a special place in my heart.

The fine young members of Romford’s 6F Squadron are a credit to society, so perhaps those vandals could learn something from them.

Over 55,000 personnel in Bomber Command lost their lives during the Second World War and their memory will live on, unlike the wicked action of these cowards. Let’s hope the perpetrators are bought to justice and severely punished and also spare a thought for the RAF Benevolent Fund, who are left to restore the memorial to its full glory."