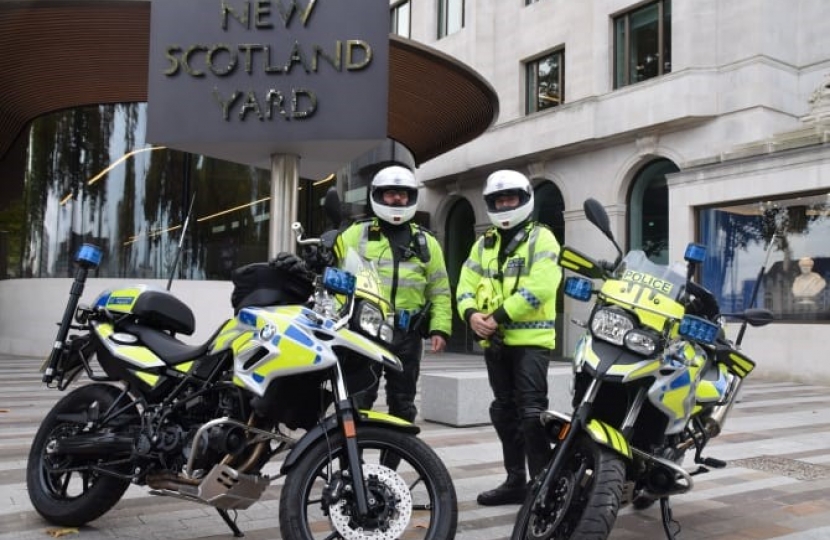 I have been vocal on the soft approach to crime. It is no longer sufficient to merely request the public to be more vigilant with their own security. Clearly, more work must be done to tackle these criminals, who simply have no respect for the law or our local communities. What we must remember is that under the previous Mayor of London Boris Johnson, burglary and murder rates were reduced to record lows. We have seen dramatic increases in knife crime, gun crime, and acid attacks since Sadiq took over.

Red tape still needs to be cut so the police can focus on what matters, putting local communities in charge of local policing. We are seriously not getting moped crime right at all. For example, I had many reports from my constituents that the police were not being allowed to do their job, naturally I sought clarification whether it was true police were not giving chase to suspects on two wheeled vehicles who are not wearing helmets. After contacting the College of Policing which is independent from Government, it appears these guidelines state that the vulnerability of the rider is a serious consideration, something which I find inexplicable, criminals need to be tackled so we can give the public confidence in their police.

Since I raised this, I am glad to see that police chase laws are to be reviewed by the Government, and consultations have been launched.

Press releases and publicity stunts are well and good, but I severely doubt Sadiq Khan’s endless range of knife crime projects will curb the uptick in violence on our streets. What we need is to enhance stop and search strategies, and introduce mandatory sentencing for the carrying of offensive weapons. I will also fight to grant more policing powers to local councils, because I trust that years of local experience make them best qualified to choose where to channel funds.

While Mayor Khan tends to point the blame at others, the Government is getting on with the job and passing the Offensive Weapons Bill. While it is a step in the right direction to tackle serious violence, we also need to properly stamp out the root causes of gangs, and ensure the punishment fits the crime, no more soft sentencing! We must give the police the powers and support they need to get on with the job and this is something I will be pushing for.

Q5. My right hon. Friend will be aware that in London we have experienced a 377% increase in moped crime in the past two years. As the Mayor of London has so failed to tackle crime, will my right hon. Friend ensure that the Government intervene to make London the safest city in the world?

Reports of crimes involving motorcycles, mopeds and scooters are clearly a concern. We have been working with the police, industry and other partners to develop a comprehensive action plan to focus on what works and what more needs to be done. The police are now using new tactics, including off-road bikes and DNA marker sprays, to catch those committing these crimes. My right hon. Friend the Home Secretary is now consulting on proposals to give greater legal protection to police officers pursuing offenders. It takes action to secure a reduction in these crimes, not just a press release from the Mayor’s office. Action is what the Government are undertaking.