Transport for London must not abandon Gallows Corner! 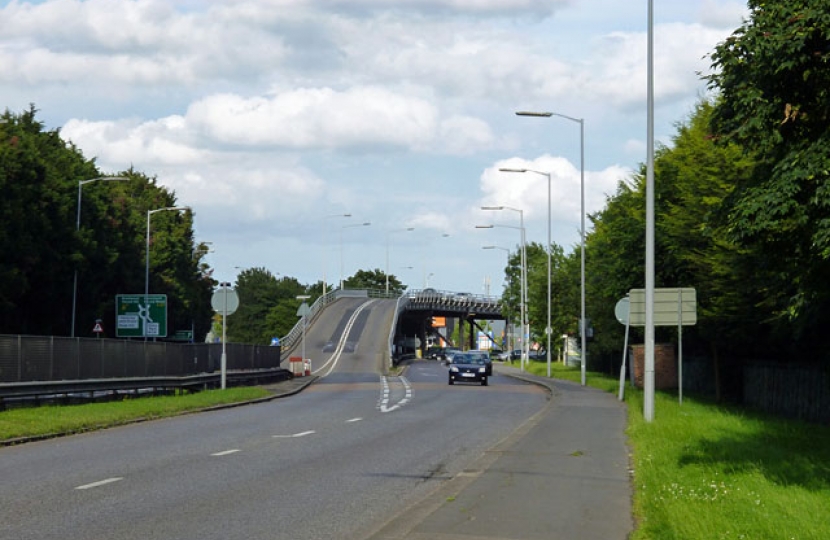 On Thursday 10th of September yet another person tragically lost their life at the Gallows Corner junction. Stories of serious injuries and fatalities at Gallows Corner are far too common. With the “temporary” flyover marking its 50th birthday this year, I for one will not be wishing it many happy returns!

Instead I want to reassure the people of Romford that I am doing everything in my power to end this intolerable situation. For too long this flyover has been allowed to stand, despite the traffic, the accidents and the continuous maintenance it requires. A member of my staff recently went on street view on Google Maps and was stunned when he saw its appearance, shuddering at the thought of driving over it.

Our government is understandably focused on other pressing issues – defeating the coronavirus and the great national project of BREXIT, both of which I know my constituents care deeply about. However, the government has also committed to levelling up the country, including making improvements to our national infrastructure.

Unfortunately, TfL and the Mayor of London, Mr Khan do not  seem to agree!  Although Gallows Corner was shortlisted for potential improvements in the government’s ‘Major Road Network’, reports indicate that TfL are considering scrapping the upgrades. TfL’s funding crisis is not just an indictment of its own failings, it’s a reminder that we have a Mayor more interested in his image and in the central part of London, than in improving our infrastructure in the Essex end of Greater London!

As Romford’s M.P., I dismayed by this!  Abandoning vital infrastructure projects will only further compound the economic damage caused by this pandemic and working with our London Assembly Member, Keith Prince A.M.,  I will do everything I can to prevent the project from being abandoned and continue the fight for a new junction layout at Gallows Corner.