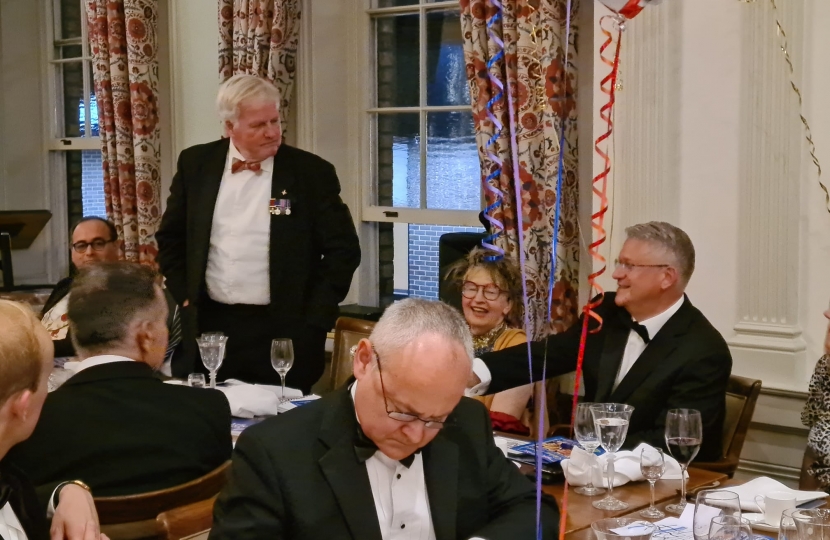 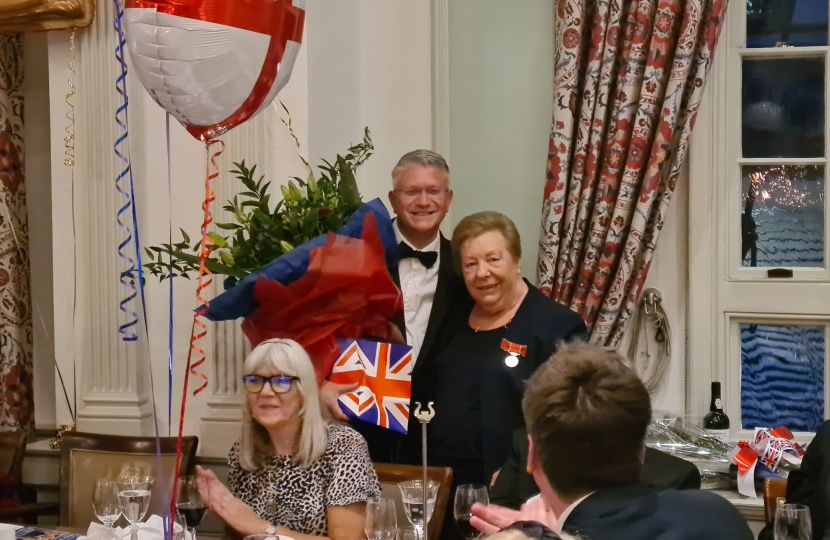 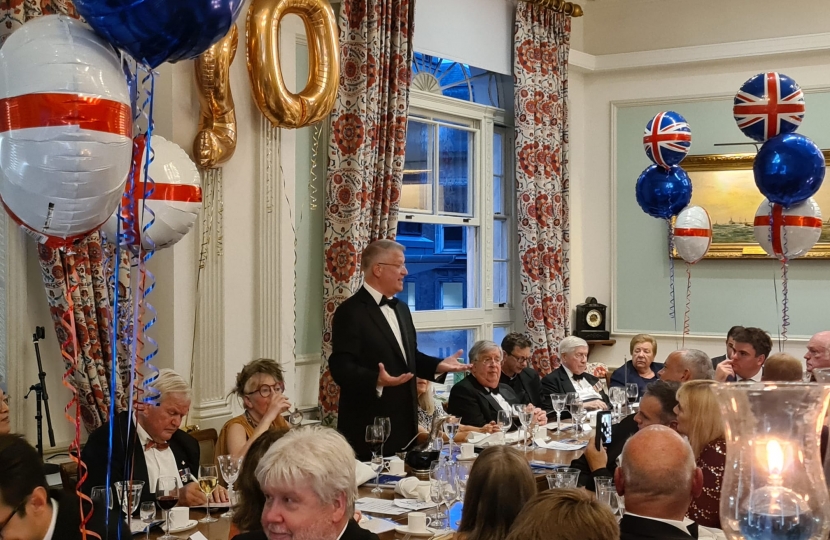 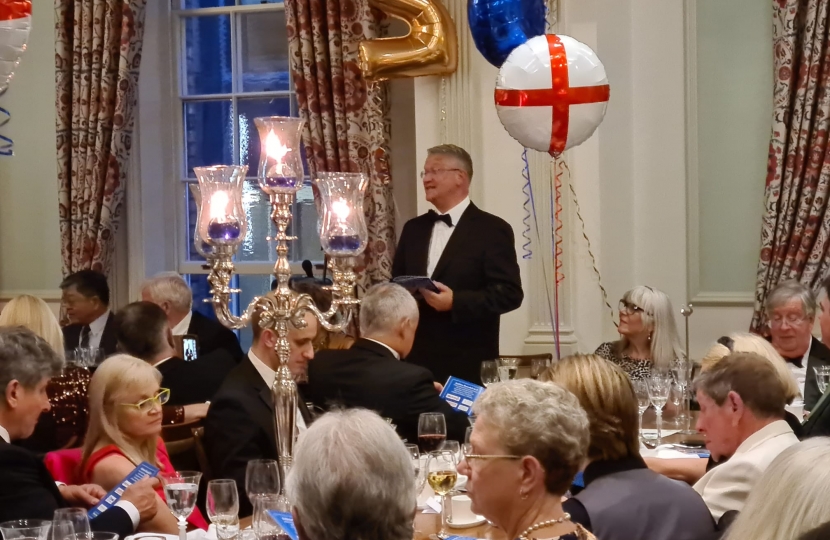 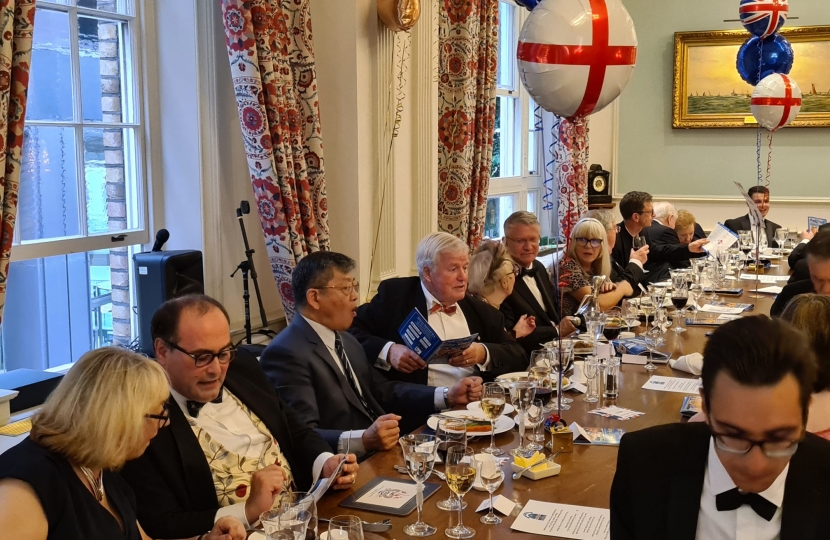 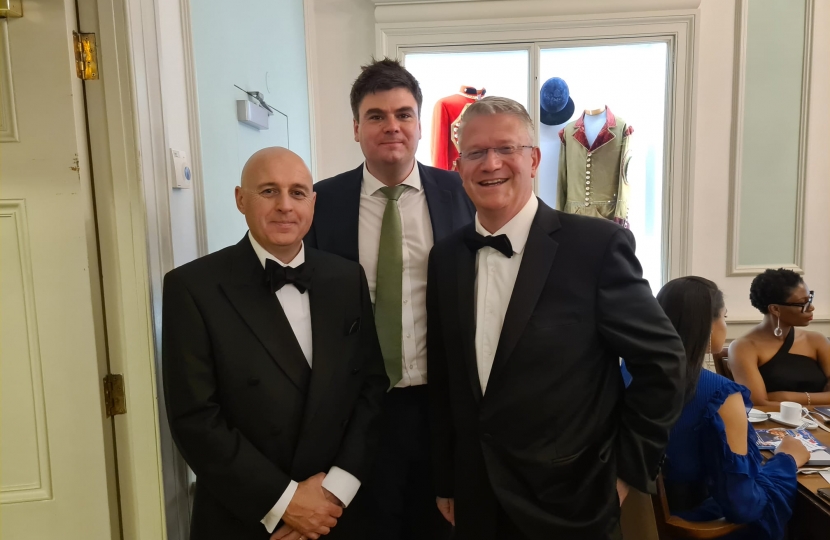 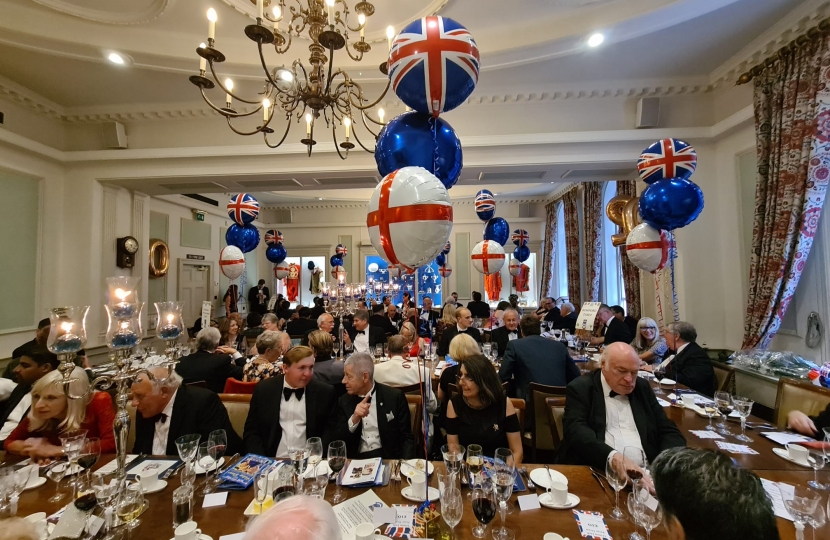 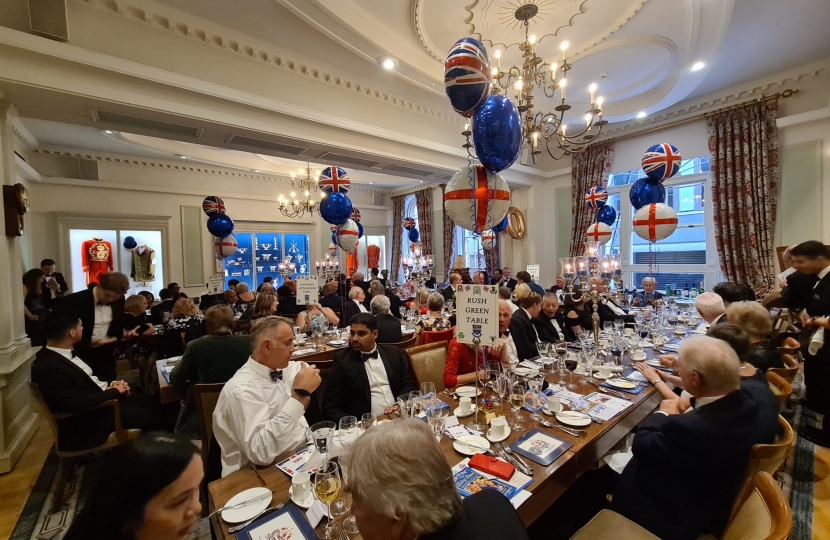 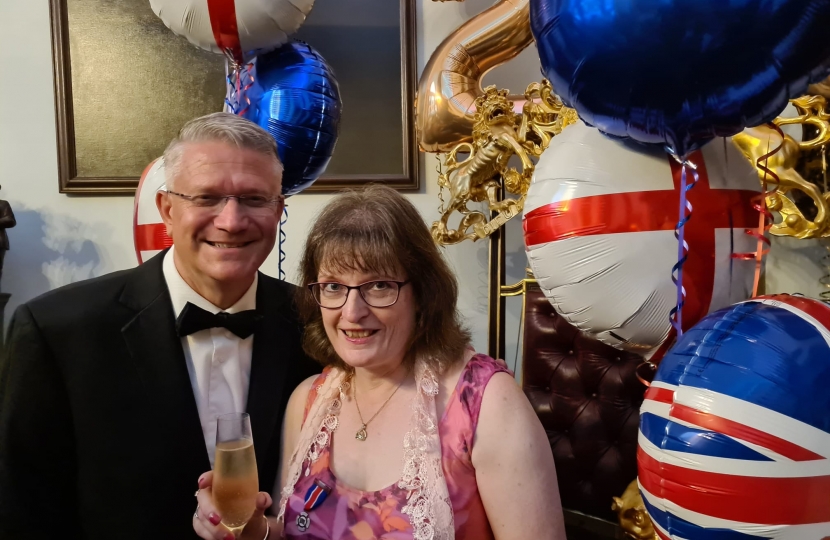 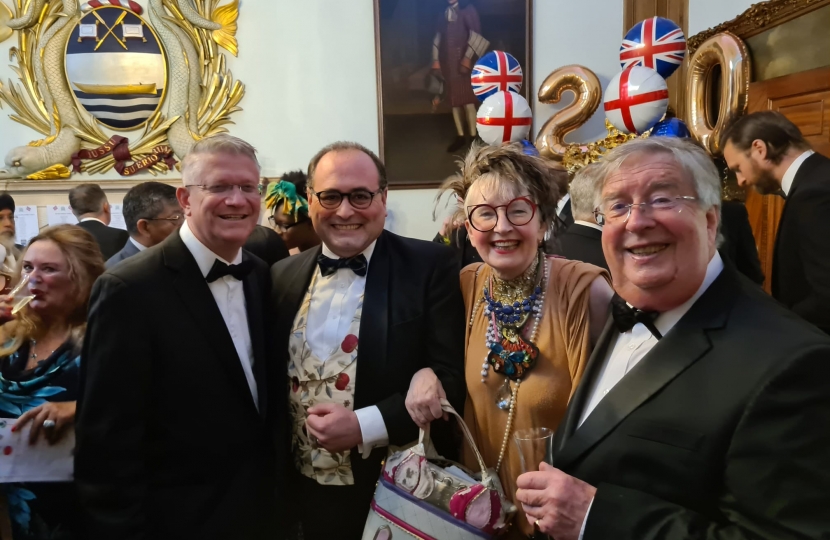 On Saturday 24th July, a dinner was held to celebrate Andrew's 20th anniversary as M.P. for Romford. He was first elected in the 2001 General Election when he recorded the biggest swing to the Conservative Party of the night. He has since been re-elected on increased majorities, reaching a peak of 64.6% of the vote in 2019.

Ever since, a dinner to commemorate this victory has been held every year, with the exception of 2020 when it was cancelled as a result of the COVID-19 pandemic.

The event was attended by friends and colleagues of Andrew in Romford and Westminster, as well as a number of diplomats with whom Andrew has worked over the years. The Prime Minister Boris Johnson penned a tribute to Andrew as part of the programme.

The menu was based on the menu served to Margaret Thatcher's cabinet to commemorate her 10th anniversary as Prime Minister of the United Kingdom in 1989. For starter, parcels of fresh salmon with Dover sole and hollandaise sauce were served, followed by lamb with mint sauce and English vegetables, and then raspberries with Devon clotted cream for dessert.

A number of speeches were made, including speeches by Cllr. Philippa Crowder, President of the Romford Conservative Association; Cllr Judith Holt, Chairman of the Romford Conservative Association; Cllrs Dilip Patel and Christine Vickery; His Excellency Kelly Wu-Chio Hsieh, Ambassador of Taiwan to the U.K.; Col. Bob Stewart, Sir Neil Thorne; Andrew Boff AM and others.

There was also a performance by a small jazz band and the singing of the National Anthem by Terry Boshard.

"It brought me enormous pride and joy to welcome so many friends, colleagues and supporters to my 20th anniversary Victory Dinner on Saturday. It is only with the support of them and others that I have been able to represent the great people of Romford since 2001 and after 16 months in which our social lives have been so drastically curtailed it was so refreshing to be in a room full of happy, smiling faces. I thank everyone attended from the bottom of my heart."