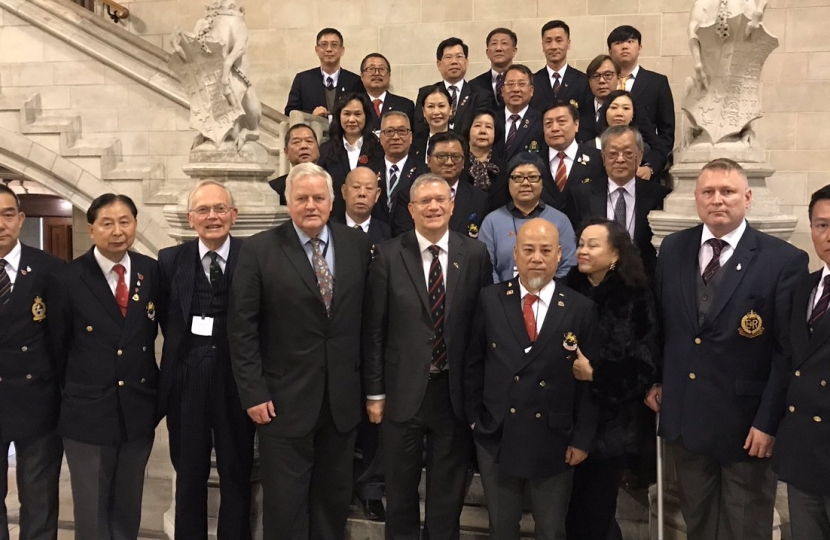 On the 14th of November, a delegation of distinguished British-Hong Kong ex-servicemen visited the Houses of Parliament, following their participation in the Remembrance Sunday parade along Whitehall.

Many of them flew to the U.K., especially from Hong Kong for this visit in order to meet as many Members of Parliament and Peers as possible.

These brave ex-servicemen and their supporters form part of a long-running campaign to secure the right of abode in the United Kingdom for those who served Queen and Country in Hong Kong prior to 1997.

The campaign’s goals are summarised in the EDM 537

“That this House recognises the enormous contribution to Britain of the former Hong Kong armed forces from 1857 until 1997; believes that those remaining soldiers of the Hong Kong Military Service Corps and the Hong Kong Royal Naval Service who did not receive a UK passport following the handover of Hong Kong to China should now be offered that choice; notes that not more than some 500 soldiers were given a UK passport in 1997 under the then passport selection scheme; further notes that the remainder of the Military Service Corps and some 100 Royal Naval servicemen were left behind; acknowledges that these men and their ancestors have served UK commitments in South East Asia greatly, stood shoulder-to-shoulder with Britain throughout two world wars, as well as alongside Britain in France, Burma, Korea, Malaya, Singapore, Hong Kong, China and the UN for King, Queen and country; and calls on the Government to recognise that the decision not to have asked each serviceman to freely transfer their nationality from British-Hong Kong to Hong Kong-Chinese was unjust and an error that should now be rectified.” 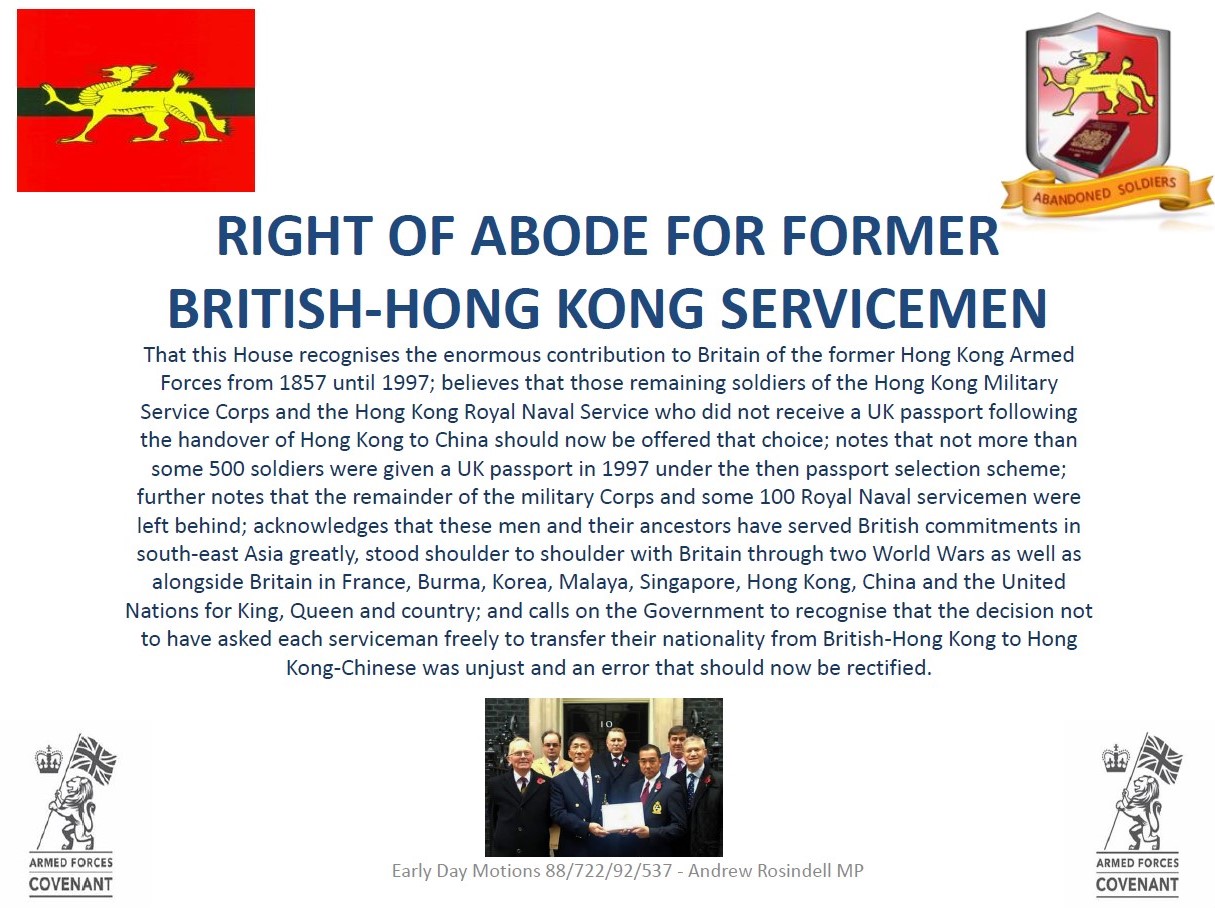 The Nationality and Borders Bill

Andrew Rosindell M.P. has announced his involvement in two amendments to the Nationality and Borders Bill relating to Hong Kong and one relating to the Chagos Islands.