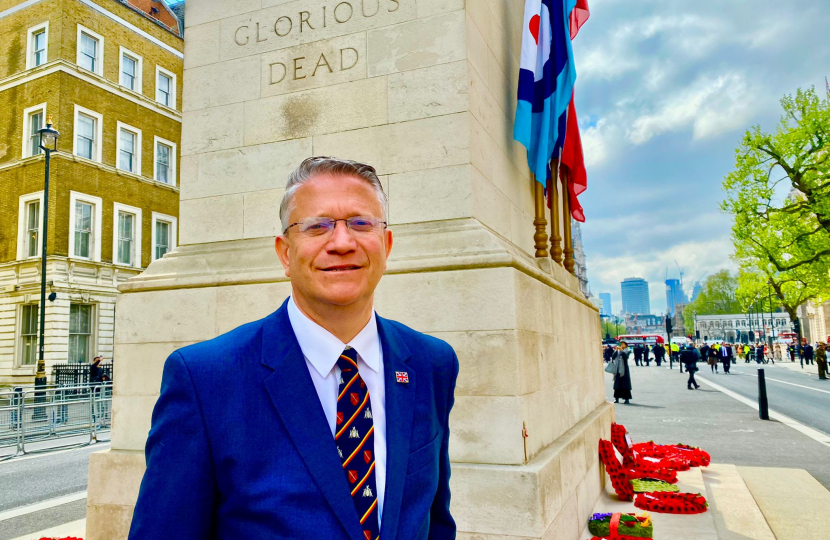 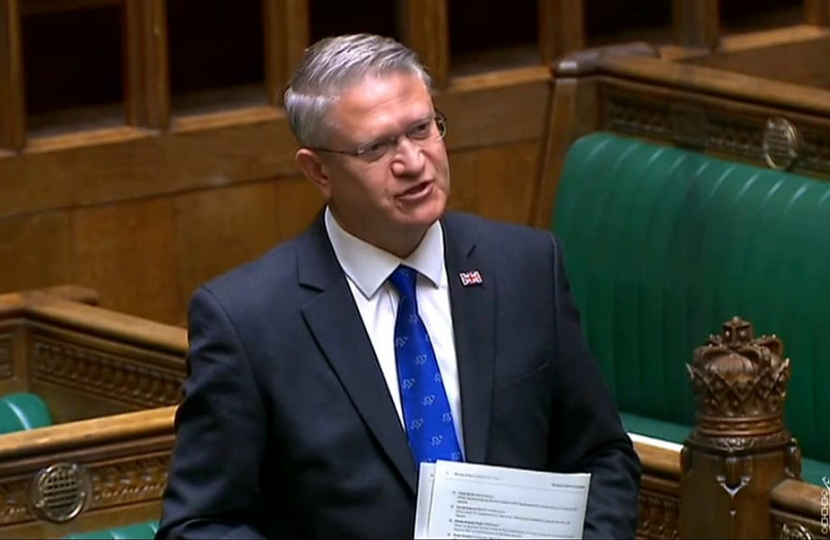 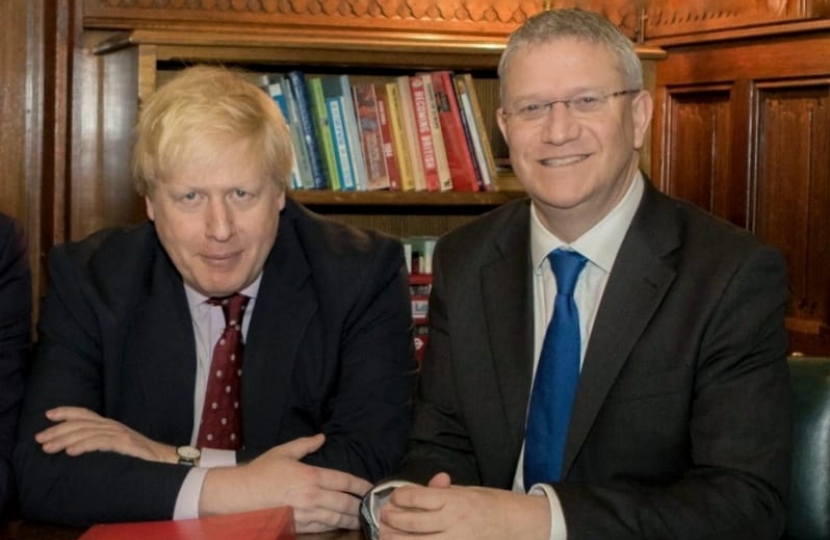 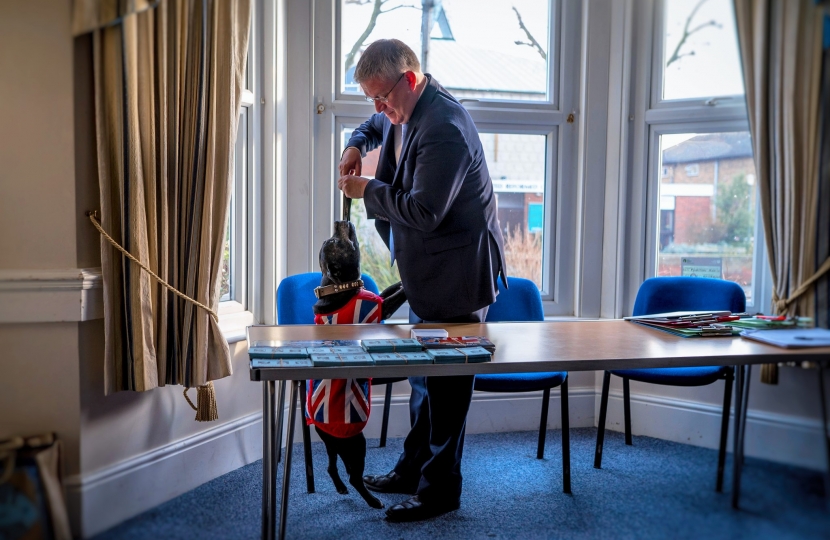 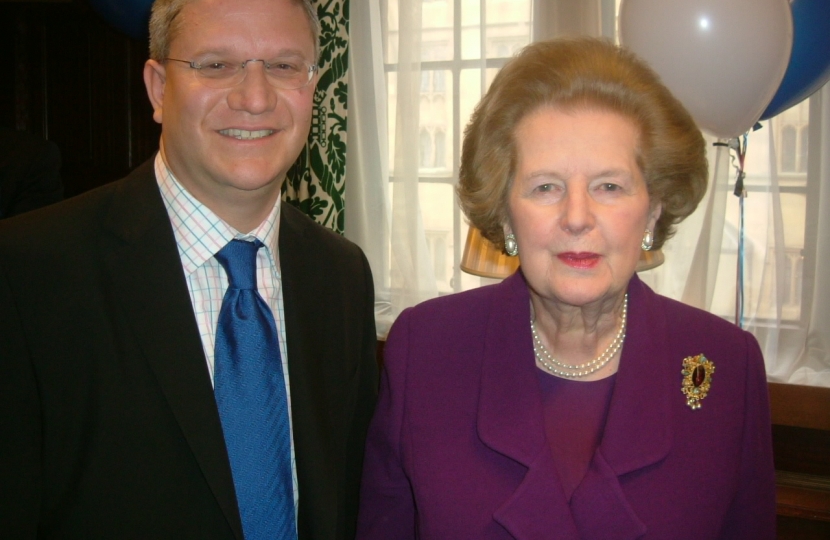 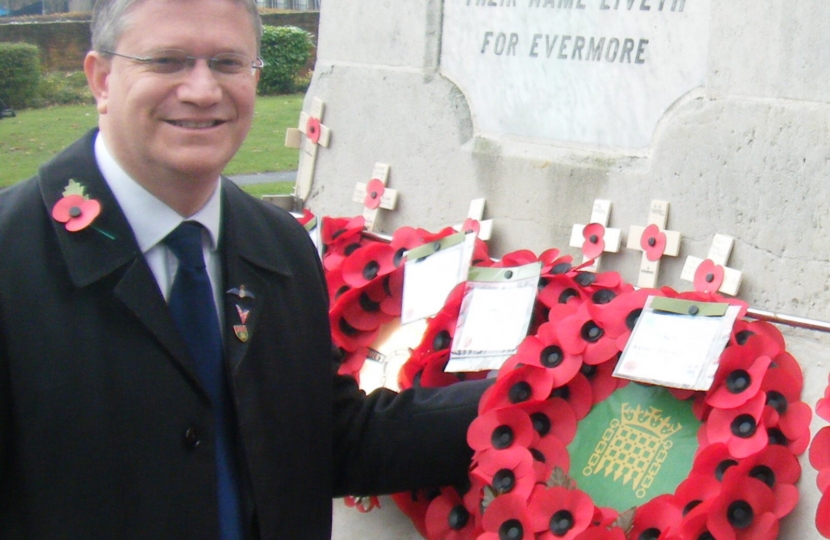 Andrew Richard Rosindell was first elected to represent Romford in 2001, and was re-elected in 2019 with his largest majority (17,893) so far.

Andrew’s interest in politics started from a young age, joining the Conservative Party at the age of fourteen.  He was elected Chairman of the Romford Young Conservatives at sixteen and went on to become a Councillor in the London Borough of Havering for the Chase Cross Ward in 1990, was re-elected in 1994 and in 1998 achieved a vote share of 88% - representing the highest Conservative vote share in Greater London!

In the 2001 General Election, Andrew Rosindell was elected to the House Commons as the Member of Parliament for Romford.   Andrew recorded the highest swing to the Conservatives in the United Kingdom, defeating the incumbent Member of Parliament, Eileen Gordon M.P. (Labour) with a swing of 9.2%, securing a majority of 5,977.

It was the first seat to return to the Conservative Party after the Labour landslide in 1997 under Tony Blair and Andrew has since held the seat in all five subsequent elections.  In 2019 Andrew achieved his highest majority yet with over 60 per cent vote share.

Andrew was born and raised in Romford and has always lived within the constituency.  He went to local schools and is a member of his local Church, St. Edward The Confessor, in Romford Market.  He has known many of his constituents since childhood and has always put them first, championing local issues and representing the views of the people of Romford on a national level.

In this regard, the constituency of Romford voted 70% to leave the E.U. and as a long-time advocate of Britain's withdrawal from the European Union, Andrew has been strongly representing the views of the people of Romford within Parliament as the process of BREXIT unfolded, thankfully we have now Got Brexit Done! Andrew is part of the small group of Conservative 'Spartans', who voted against the Withdrawal Agreement each time it was put before the House.

Known as one of Westminster’s “most patriotic M.P.s”, Andrew has always believed the Union Flag should be proudly flown from all public buildings across the UK.  He campaigned as a councillor to see the Union Flag flown from Havering Town hall all year round, a battle he won in the year 2000.  Since his election to the House of Commons, Andrew has also fought to have the Union Flag flown every day and all year round from the Victoria Tower of the Palace of Westminster, instead of just on designated days.  After nine years, in 2010 he finally won the battle, so that now the national flag is flown every day of the year from Parliament.  He is now Chairman of the Flags & Heraldry Committee group in Parliament, which was founded in 2008 and also the St. George’s Day group, which organises the annual St. George’s Day celebration in Parliament every year on 23rd April. In 2022, he launched a campaign to play the National Anthem on BBC every evening, unfortunately, they have not done so yet but GB News now play it at 6 am each morning before live programming commences.

Andrew has served as a Vice-Chairman of the Conservative Party from 2004-2005, Her Majesty’s Opposition Whip from 2005-2007 and Shadow Home Affairs Minister and Spokesman on Animal Welfare from 2007-2010.  He now Chairs both the Zoos & Aquariums and Greyhounds All-Party Parliamentary Groups as well as several British Overseas Territories and Crown Dependencies A.P.P.G.s and is a campaigner for animal welfare and conservation.

Since his election to the House of Commons, Andrew has always maintained an active interest in foreign affairs and international relations. As the longest-standing member of the Foreign Affairs Select Committee, Andrew has been proactive in guiding and scrutinising the relationship that the U.K. has with other countries; accessing decisions formulated by H.M. Government that dictate the U.K.’s relationship, direction and policy.

Andrew has a particular interest in the sixteen British Overseas Territories and five Crown Dependencies who alongside the expansive Commonwealth has always been Britain’s greatest allies, partners and friends. Andrew Represents their interests in parliament in his capacity as Chairman of the British Overseas Territories, Isle of Man, Channel Islands, Australia, New Zealand, Canada and Commonwealth All-Party Parliamentary Groups.

Some of Andrew’s other duties and responsibilities in Parliament include being a member of the N.A.T.O. Parliamentary Assembly; a member of the Speaker’s “Panel of Chairs”; a member of the Executive Committees of the Commonwealth Parliamentary Association (C.P.A.) and Inter-Parliamentary Union (I.P.U.), as well as being the longest-serving Governor of the Westminster Foundation for Democracy (W.F.D.), a UK government-led initiative which works with emerging democracies to encourage free and fair elections and democratic structures.  Andrew also serves as the Co-Chair of the British-Irish Parliamentary Assembly (B.I.P.A.), which promotes political co-operation and dialogue between Britain and Ireland. Andrew also leads groups in Parliament promoting friendship between the U.K., Switzerland and Liechtenstein.

Andrew has owned two Staffordshire bull terriers, “Spike” and “Buster” and is a huge lover of animals.  He also enjoys exploring his constituency and going for walks in the historic Essex village of Havering-atte-Bower, the highest point to the east of London in the north of Romford.