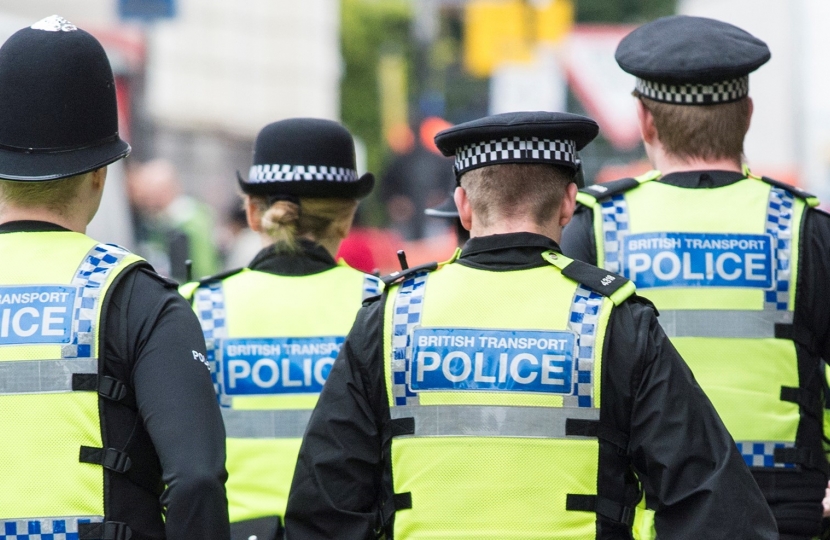 “Havering used to be known for being one of the safest boroughs in the capital and compared to the rest of London, it still is, but things are changing.  I think most local residents will agree there has been a noticeable increase in crime and anti-social behaviour in our area recently. The Crime Survey for England and Wales show crime has decreased by 35 per cent since 2010, this is to be welcomed, but if people do not feel this on the ground clearly more work needs to be done.

Given the recent troubles of moped related crime, the police must tackle these thugs who simply have no respect for the law or our local community. I spoke about policing on BBC Sunday Politics, and highlighted this specific type of crime in the House of Commons Chamber last Monday. I also sought clarification on why the police are not being allowed to do their job, as I have had many reports of police not giving chase to suspects on two wheeled vehicles. It would appear guidance is provided by the College of Policing which is independent from Government. Pursuit of motorcycles is not ruled out in all circumstances, but many factors are taken into account, crucially by the individual officer taking the decision on the ground.

These guidelines state that the vulnerability of the rider is a serious consideration, something which I find baffling. Criminals need to be tackled, and we should stop telling the public to be “more vigilant”, that is not the answer, getting tough with the perpetrators of such crime is what is needed and quickly. I will be raising this with our Havering Borough Commander, Jason Gwillim and East Area Command Unit immediately. We must stamp out this gang culture which is encroaching from inner London as soon as possible.  There is no place for it in Romford, Havering or anywhere else!” 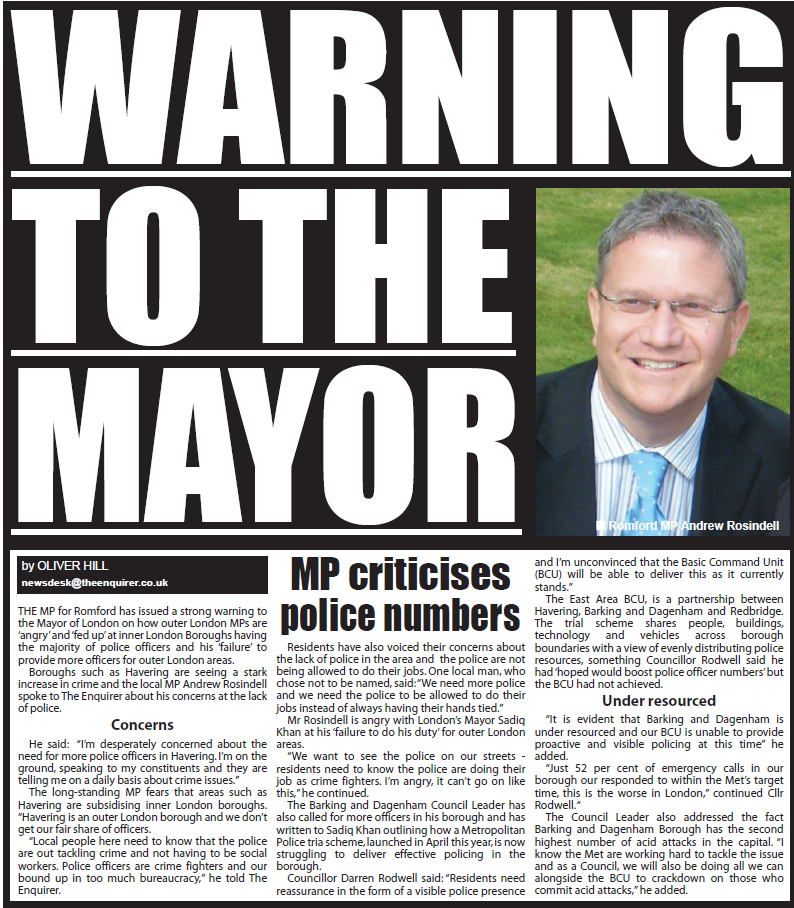 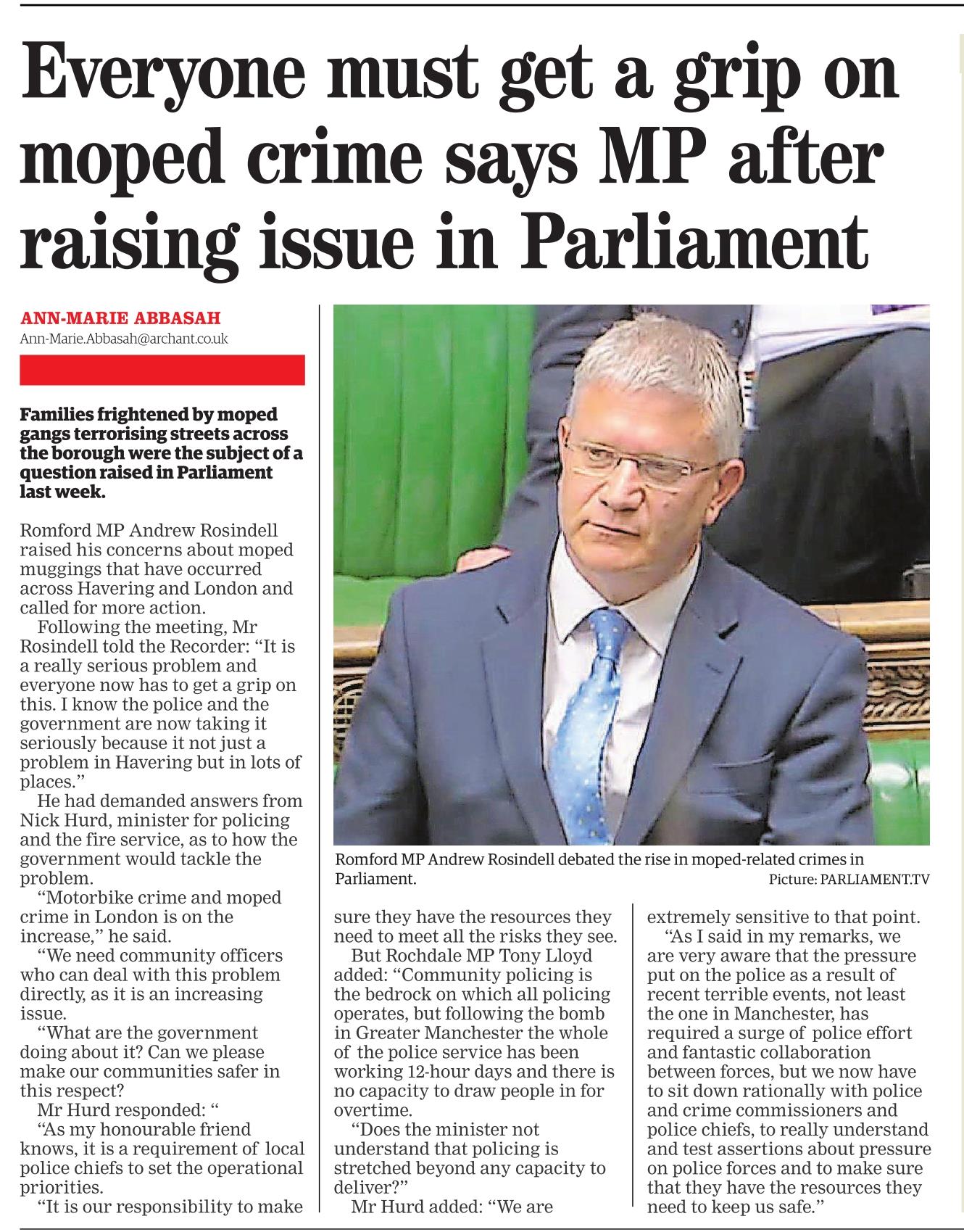 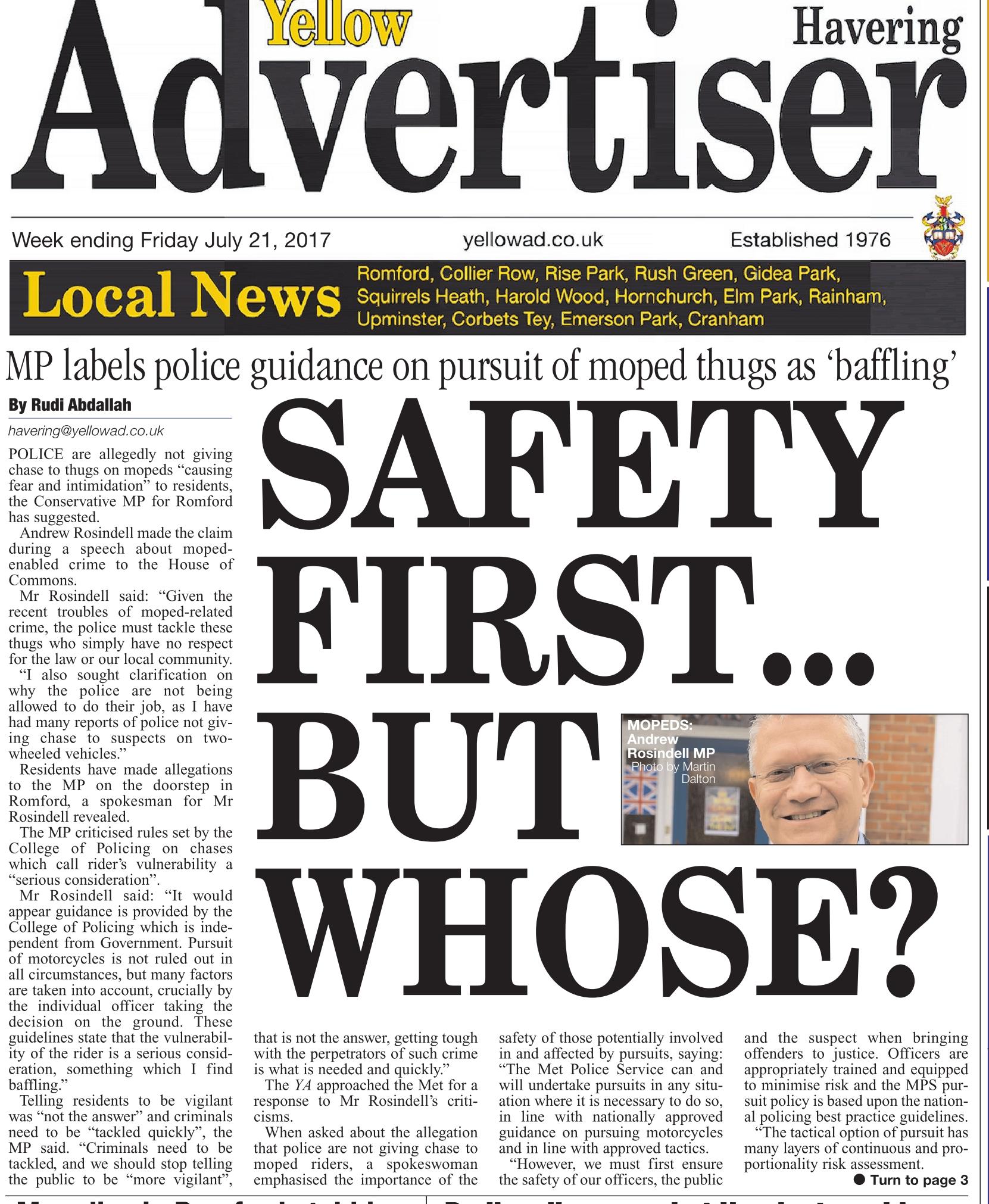 Newly released figures show that 2,070 police officers have been recruited in the Metropolitan Police as part of the Conservative Government’s pledge to put 20,000 more officers on the streets by 2023.

Havering politicians Andrew Rosindell M.P. and Keith Prince A.M. have written to Mayor of London Sadiq Khan to call plans to reopen only two of five night tube lines "simply not good enough", demanding he immediately return "to the full resumption of all lines."

Andrew Rosindell has welcomed the announcement that 1,708 police officers have been recruited to the Metropolitan Police since September 2019, bringing the total number of officers up to 33,651.

Why I am voting for the Police, Crime, Sentencing and Courts Bill

Andrew Rosindell, M.P. for Romford, has confirmed that he will be voting for the Police, Crime, Sentencing and Courts Bill at its Second Reading. The vote will take place on the evening of the 16th March.

In a statement, Andrew said:

Andrew Rosindell M.P. has welcomed the announcement that the Government is making available over £130 million to tackle serious violent crime – including murder and knife crime – in the coming year.

A special unit designed to help tackle serious violence and prevent young people in London being drawn into it will receive £7,000,000.

Metropolitan Police set to receive an additional £138.9 million next year

Government is increasing funding for policing to more than £15 billion in 2021-22, up by £636 million from this year.
Metropolitan is set to receive an additional £138.9 million as part of this settlement

On the 26th of November, Andrew joined representatives from across the Ardleigh Green Community for an online zoom meeting to discuss the urgent need to tackle crime and anti-social behaviour.

A message to the residents of Ardleigh Green

Today, I visited the Ardleigh Green community to meet local people and shop keepers to discuss recent events that has brought fear to our community.

Thank you for getting in touch with me and for sending me photographs and details of the horrific incident in Ardleigh Green. For someone to bring a huge knife like that into our community is shocking and disgusts me.