Metropolitan Police set to receive an additional £138.9 million next year 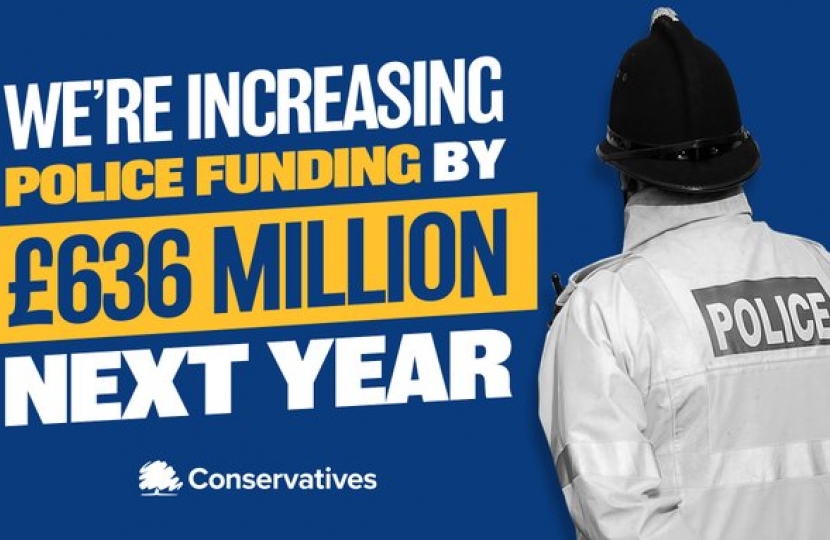 The Metropolitan Police is set to receive an additional £138.9 million in its funding next year, thanks to the Conservative Government’s increase to police budgets.

Home Secretary Priti Patel has announced policing will receive up to £15.8 billion in 2021-22 – an increase of £636 million on last year.

This includes over £400 million recruit 20,000 extra police officers by 2023, delivering on the promise made by the Conservatives in last year’s General Election. The Metropolitan Police has already benefited from an additional 1,369 officers.

The funding will be also be used to bolster counter-terrorism policing, including money for armed policing and more officers.

The Conservative Government has been determined to support the police throughout the coronavirus pandemic, as officers have worked tirelessly to keep communities safe. The Government has provided £30 million to help forces step up coronavirus enforcement and has reimbursed forces for all additional PPE purchased between March and July.

“Our brave police men and women have been placed under unprecedented strain this year. They have shown extraordinary commitment in enormously difficult times.

This Government was elected on a commitment to campaign for more and better funded police on the street. Now more than ever this is a promise that must be kept. Fighting crime in Havering has been one of my top priorities for years now, and I am delighted that the Metropolitan Police is receiving the funding boost it not only needs, but deserves.

£138.9 million is a significant sum of money, and will make a real impact in helping keep communities safe as we get back to work and rebuild the economy after a year of devastating coronavirus restrictions.”

“We have asked more of the police than ever before during the coronavirus pandemic – the British people and I are extremely grateful for their dedication.

I am absolutely committed to giving the police the resources they need – this funding package delivers on that.

It will allow us to continue to put more police on the streets, and reduce crime as we build back safer from the pandemic.”