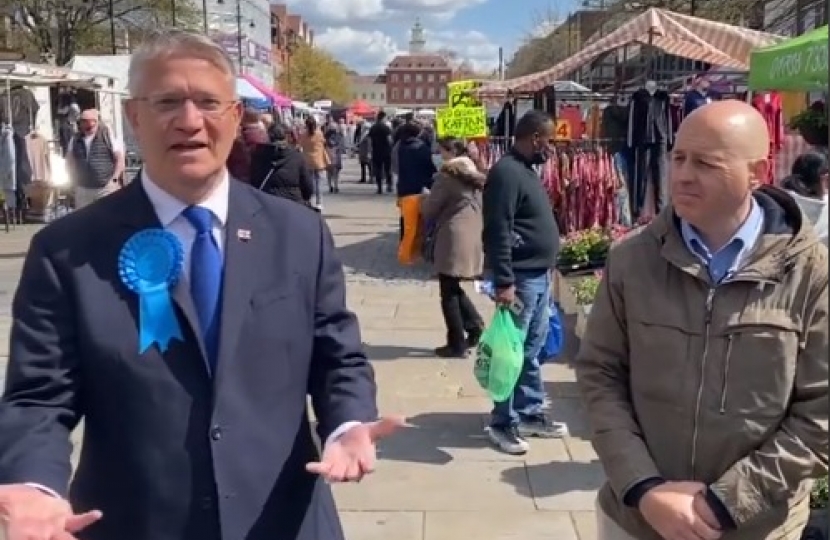 Havering politicians Andrew Rosindell M.P. and Keith Prince A.M. have written to Mayor of London Sadiq Khan to call plans to reopen only two of five night tube lines "simply not good enough", demanding he immediately return "to the full resumption of all lines."

The letter comes after the Mayor of London announced that two of five night tube lines, the Central Line and the Victoria Line, would reopen, beginning the 27th of November. The Jubilee Line, Piccadilly Line and Northern Line will remain daytime only services.

The letter stresses the importance of the night tube as a means to improve the safety of women, with Mr Rosindell and Mr Prince writing that they shared their constituents' "revulsion" at what happened to Sarah Everard, noting that the night tube is "simple, cost effective and will bring the instant benefit of reassurance to women travelling home late at night."

Also emphasised in the letter is the impact the closure of the night tube has had on the people of Havering. Mr Rosindell and Mr Prince write that their constituents feel "very cut off from Central London at the moment" because of the closure of the Jubilee Line, which connects to Romford and Havering via bus services from Stratford.

They conclude the letter by urging the Mayor "to get a grip on these issues to improve the infrastructure links that the people of London so desperately desire."

"For five years the Mayor of London has shown a shocking disregard for the people of Romford. By expanding the ULEZ he is hitting car drivers in Romford and with the repeated delays to Crossrail his incompetence is placing a barrier between my constituency and central London. His decision to reopen just two of five night tube lines, not including the Jubilee Line, further shows his lack of interest in connecting the people of Romford to the rest of the city he is supposedly the Mayor of."

“Reopening two Night Tube lines is simply not good enough. The Mayor urgently needs to listen to the thousands of Londoners who are calling for all night-time services to resume on the London Underground. Not only does the Night Tube offer Londoners more choice on how to travel at night it can offer women and girls a safer way home compared to waiting for a bus on dark streets.

Dither and delay won’t make London’s streets safer for women and girls. While reopening two lines is a step in the right direction, the Mayor’s decision to keep the other three closed means much of London will be denied the safety the Night Tube offers. The longer the Mayor delays reopening the entire Night Tube, the more London’s night-time economy will suffer and the more uneasy many Londoners may feel about travelling at night.”