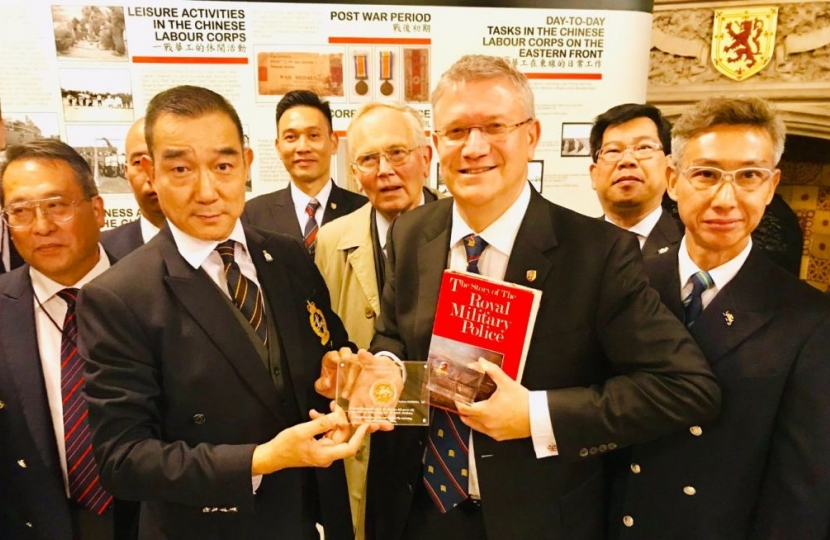 This article was originally published on the Hong Kong Free Press page.

A group of 50 UK parliamentarians have called upon the British Home Secretary to give full right of abode to Hongkongers who fought for the British military prior to the 1997 Handover.

“This is a matter of growing urgency given the recent, evident breaches of the ‘One Country, Two Systems’ commitments made by Deng Xiaoping before the handover of Hong Kong in 1997,” they wrote in a letter to Sajid Javid dated Monday.

The MPs said that the UK gave 159 ex-servicemen full passports before the city’s Handover to China, but some were left behind and have been meeting ministers and MPs at their own expense to fight for equal treatment.

“Hitherto, all Ministers we have met have not taken the steps to correct this historic wrong,” they wrote.

At a parliamentary debate in 2015, Andrew Rosindell MP – chair of the Hong Kong Former Servicemen Parliamentary Support Group – said only 500 passports were allocated to the some 2,000-odd Hong Kong Military Service Corps. No data had been revealed over how many of the 500 chose to reside in the UK to become British citizens.

The MPs said in the Monday letter that the refusal of right of abode was based on the Chinese citizenship of the former British-Hong Kong servicemen and their families, which the MPs said was “a citizenship they did not choose to adopt.”

They said the UK government tried to argue that the former servicemen were merely “local recruited staff” who had no expectation or automatic right to a British passport.

“All soldiers and sailors who commit themselves to the necessity of making the ultimate sacrifice for Queen and Country must surely be treated equally by virtue of the Military Covenant?” the MPs asked in the letter.

“We urge the British Government to act with honour and recognise that these men put themselves in harm’s way for us, and as a result of which they face an increasing risk of being targeted and penalised by the PRC authorities. They have told me this. We are duty bound not to leave them to face this real risk of danger.”

In 2016, a parliamentary motion calling for right of abode for the former British Hong Kong servicemen received signatures from 94 MPs.

A public petition on the issue received more than 100,000 signatures.