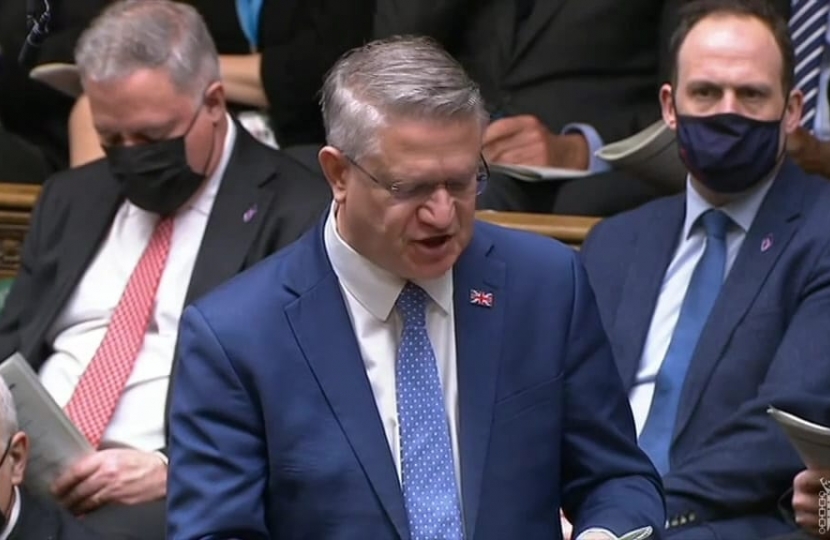 On Wednesday 26th January, just before Prime Minister's Questions in the House of Commons, Andrew Rosindell asked the Minister for Northern Ireland 'What plans his Department has to celebrate the platinum jubilee of Her Majesty The Queen'.

I asked the Minister of State for Northern Ireland (The Rt. Hon. Conor Burns M.P.), "As we begin the 70th year of Her Majesty’s reign, the Northern Ireland protocol still seems to threaten the free movement of goods between Great Britain and Northern Ireland. Will the Minister take urgent action to stand up to the bureaucratic posturing of the European Union and ensure that oak tree saplings can be traded freely between Northern Ireland and the rest of the United Kingdom for the Platinum Jubilee?"

"I am immensely grateful to my Hon. Friend. for Romford. He makes that point incredibly powerfully. Members from across the House will look forward to planting oak saplings in their constituencies to mark this amazing achievement of Her Majesty’s Platinum Jubilee. The Foreign Secretary is on the Front Bench. I know her well; I served with her in International Trade. She is on the case. There is absolutely no reason why oak tree saplings should not be planted in Northern Ireland as they are in every other part of the United Kingdom.2