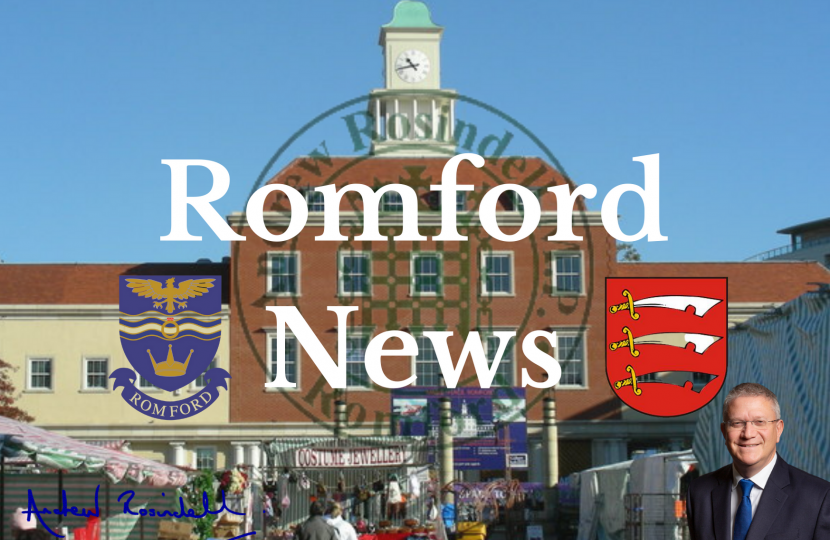 Romford M.P. Andrew Rosindell has today used an official Parliamentary motion to call for the Government to back Harvey Tyrrell's Law, which proposes stricter measures on electrical safety standards in pubs.

Mr Rosindell has used a mechanism known as an "Early Day Motion" to call for the changes to legislation.

The motion asserts that "legislation regulating electrical safety was not sufficient and contributed to Harvey’s death" and demands that legislation require "every public house to provide yearly certification that electrical works have been tested and inspected with severe penalties for any landlord who fails to comply with electrical safety standards and the immediate loss of their licence."

Harvey Tyrrell died in September 2018 when he was electrocuted in a beer garden at the King Harold Pub in Station Road, Harold Wood.  Mr Rosindell's move comes after a petition created by Harvey's mother garnered almost 50,000 signatures in just 3 weeks.

"Our beautiful 7 year old son Harvey’s death was completely avoidable. After listening to all the evidence it is clear that change needs to happen with regards to electrical safety standards within public houses.

I am completely overwhelmed that we have reached nearly 50,000 signatures in such a short space of time and with the backing of our local M.P Andrew Rosindell it just validates that so many people agree that this law needs to be implemented and passed. We will continue to drive this campaign forward to ensure that another innocent family doesn’t have to experience the pain and heartache we suffer. "

"The laws currently in place simply aren’t strong enough to prevent a repeat of this tragedy. The current regulations do require that records are kept and that installations are regularly tested and inspected. However, there aren’t strict monitoring standards to ensure that such tests and inspections are being done regularly and adequately. The King Harold pub hadn’t faced any checks since 2009.

What is the point of such measures if no one is checking that they are being completed? The law needs to change I'm proud to give Parliamentary support to Danielle, Harvey’s brave mum."