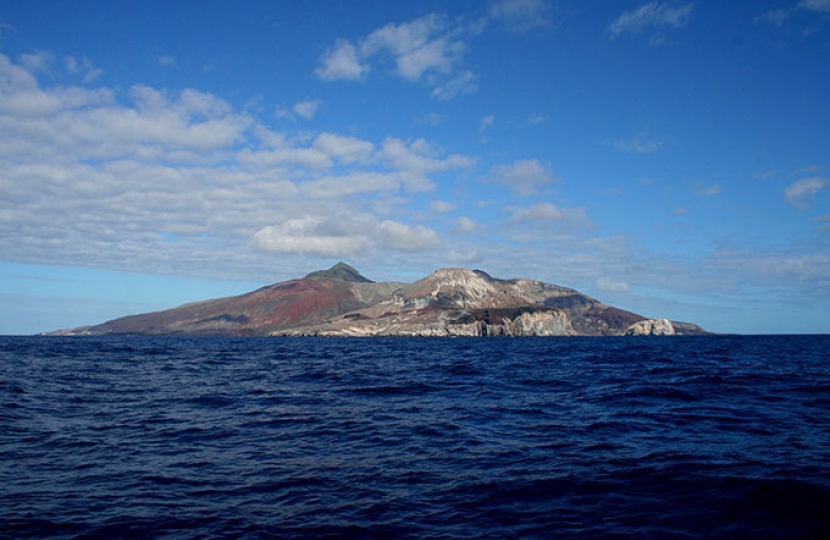 Andrew Rosindell MP has called for greater ocean protections around Ascension Island, a British Overseas Territory, as part of the government's Blue Belt programme. Ascension Island's Council is currently considering a proposal to protect 100% of its waters, but needs a funding commitment from the UK Government to support their plan.

Romford's MP said, "Ascension Island provides vital habitat for important marine species including sea turtles and some of the largest ever recorded Atlantic Blue Marlin. 85% of the critically endangered species we're responsible for are in British Overseas Territories like Ascension, and they need to be protected.

I hope that the Government will support the Ascension Council in its plans to protect this area by committing to fund it. We've already called for 30% of the world's oceans to be protected by 2030, and Ascension is the next step in this ambitious plan."

Ascension Island is currently working on plans to designate 50% of their waters as a Marine Protected Area (MPA). However, it would cost them less to designate the entire area as an MPA due to the additional costs from policing a partially protected area, such as regulating fishing permits. Creating a 100% MPA in Ascension waters would create a sanctuary twice the size of the UK at around 440,000 square kilometres, the largest MPA in the Atlantic.

Andrew Rosindell MP recently met with Environment Secretary Michael Gove and the BLUE Marine Foundation to hear more about Ascension's plans and how they could help.

Adrian Gahan, Director of Policy at the BLUE Marine Foundation said, "It's very encouraging to receive the support of so many Conservative MPs and to hear Michael Gove make an important commitment to secure the funding for the Ascension marine protected area. This entire area could be protected for only £120,000 per year, which is some of the best value conservation on the planet."

Sam Richards, Director of the Conservative Environment Network said, "In the last 40 years we've lost half of our marine wildlife, and marine protected areas are vital to reversing this trend and protecting these amazing creatures. Creating this protected area in Ascension would be a great example of the UK's international leadership on ocean conservation."