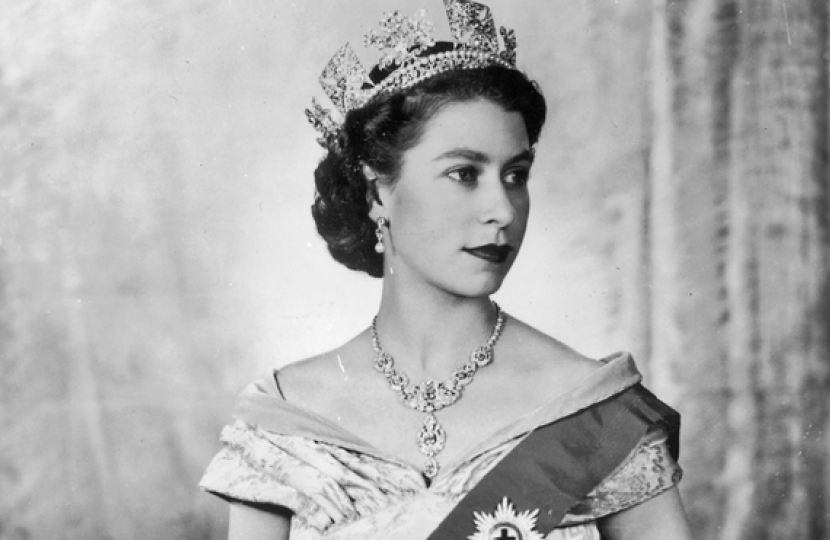 Andrew Rosindell M.P. has issued a statement following the announcement, this evening, by Buckingham Palace that Her Majesty Queen Elizabeth II has died.

The flags outside the M.P.’s Constituency Office, Margaret Thatcher House, are currently flying at half-mast out of respect for our late Queen.

“Today, our nation mourns the loss and pays tribute to Her Majesty Queen Elizabeth II, following the announcement from Buckingham Palace of our cherished Sovereign’s passing at Balmoral Castle.

Queen Elizabeth II dedicated Her entire life to the service of our great Nation, the United Kingdom, along with all of Her Realms, Dependencies and Territories throughout the world, as well as the Commonwealth of Nations. She has also never been afraid to uphold our Christian heritage, as Defender of the Faith.  We will be forever grateful for Her monumental sacrifice and dedication to our Nation.  Our United Kingdom is today a better place for Her presence as our Sovereign for over seventy glorious years.

It is tragic that Her Majesty has passed away in this magnificent year of celebration for the Platinum Jubilee, which has been, until today, a joyous year of festivity, pageantry and patriotism.  Our late Queen has most surely been the greatest constitutional leader that our Nation could have wished for.  She has been ‘Elizabeth The Great’!

I was honoured to have had the privilege of meeting Her Majesty on several occasions.  Most especially the time that I welcomed The Queen to Romford Market for Her Golden Jubilee tour, in March 2003. I will always remember with great fondness, the conversations I enjoyed with The Queen, which always focussed on our shared love for animals, in particular dogs and when I joined Her Majesty for lunch at the Wykeham Hall, at the Church of St. Edward The Confessor, when we spoke about the importance of flying of the Union Jack from the Palace of Westminster.

The Queen has led the country through some of our most difficult times and has boosted the Nation’s spirit on countless occasions, most recently with Her message during the height of the pandemic in 2020.  Indeed, Her leadership, dedication to duty and staunch support for Her subjects, remains unmatched and will be fondly remembered by all the people of the United Kingdom and especially by the people of Romford who have been some of her most loyal subjects.

My thoughts, prayers and heartfelt condolences are with the Royal Family on this sombre day, but let us celebrate The Queen’s life and all that she has given to the people of these cherished islands, that she loved so much.  Thank you, Your Majesty, may you rest in peace.

God Save The King!”

On Tuesday 30th August 2022, the Secretary of State for Transport, The Rt. Hon. Grant Shapps M.P. announced a £3.6bn bailout for Transport for London, the sixth bailout from central government since the pandemic.