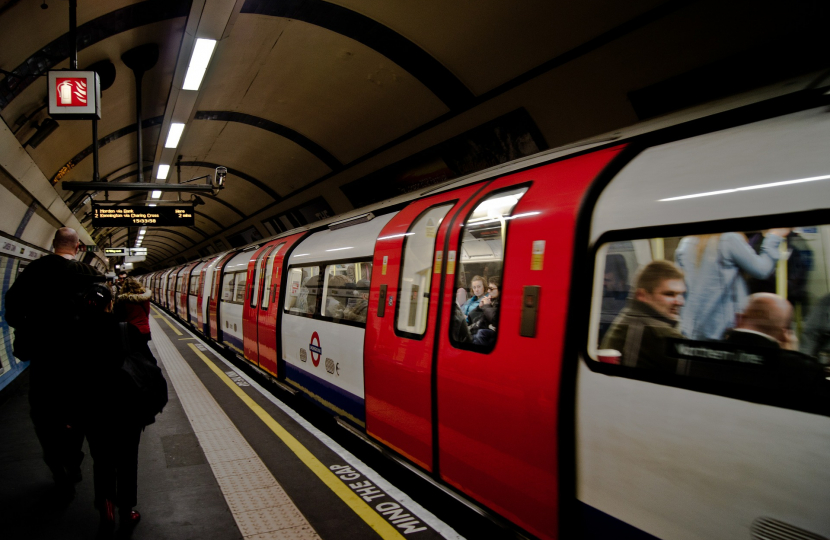 On Tuesday 30th August 2022, the Secretary of State for Transport, The Rt. Hon. Grant Shapps M.P. announced a £3.6bn bailout for Transport for London, the sixth bailout from central government since the pandemic.

Romford M.P. Andrew Rosindell welcomed the bailout from the Transport Secretary, although warned that “Mayoral incompetence may mean this won’t be the last government bailout.”

“I am glad that Transport for London has received a funding plan from the Secretary of State for Transport, however, it should not have come to this point.

The sheer incompetence of the Mayor of London, Sadiq Khan is blindingly obvious.

If it wasn’t for the Mayor’s failures and inability to manage TfL finances, then we wouldn’t need central government to step in.

I have never been a huge supporter of how devolution works in London.

I have constantly questioned the need for the Greater London Assembly and indeed the position of Mayor but questions need to be asked to Mr. Khan about his financial mismanagement.

If the Mayor cannot control the budgets of TfL among other services then the government need to review which powers the Mayor holds; now is a good time to start reviewing the local government structure of Greater London and the South East region.

I am glad this Conservative government have stepped in to deliver for Londoners where Sadiq Khan and the Labour Party have failed.

Sadiq Khan is the Mayor of misery, strikes and chaos, never content unless he’s slapping more emissions charges on hard-working, decent motorists, his time is up and he should resign.”