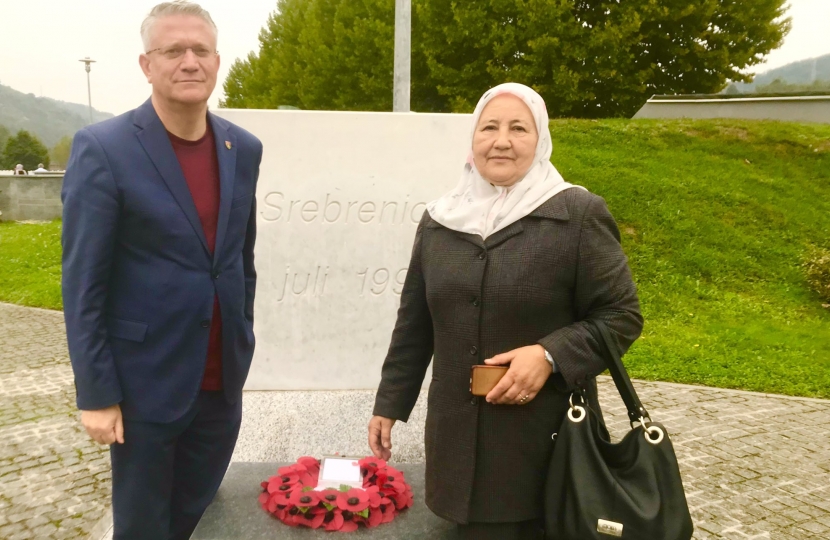 In September, Andrew Rosindell visited Bosnia with Parliamentary colleagues to explore the history and the enduring legacy of the military conflict that took place there in the 1990s. As part of the visit, organised by Colonel Bob Stewart M.P., Andrew visited sites of some of the worst atrocities committed during the war.

Speaking after the visit, Andrew said:

"I have just returned from an emotional visit to Bosnia on a delegation led by Col. Bob Stewart MP, who led British troops under UN mandate during the civil war in the mid-90s. Visiting the towns of Ahmici and Srebrenica, scenes of some on the worst atrocities, carried out against the Bosniak muslim population and meeting mothers of sons and husbands who were brutally murdered at that time, was a moving experience. That such wicked and callous acts of genocide could have taken place in Europe, on our doorstep in my life time is quite shocking.

Thank you Col. Bob and your brave Battalion from the Cheshire Regiment for going to Bosnia to save human life and help to bring peace and stability to that troubled land. Let the world never forget and never allow such atrocities to happen again.