Expansion of the ULEZ: A Letter to the Prime Minister 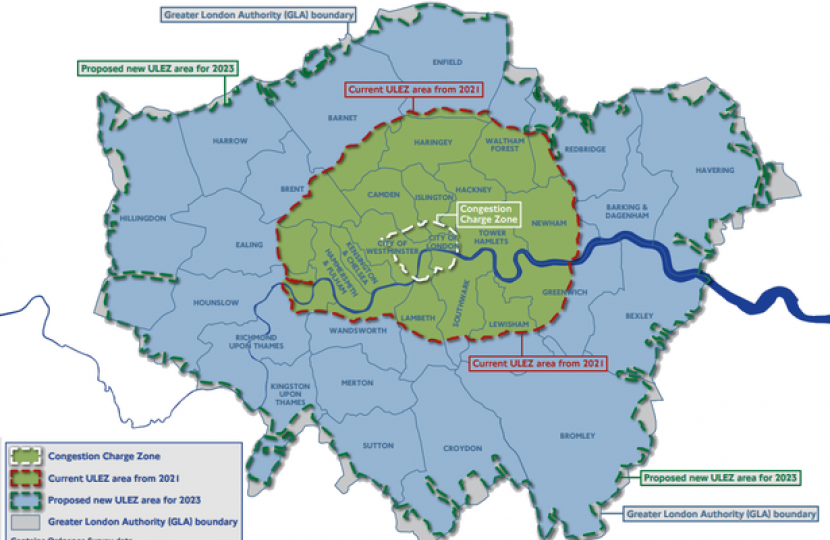 In light of Friday's disastrous news that the Ultra-Low Emissions Zone (U.L.E.Z.) is to be expanded across Greater London, Andrew Rosindell M.P. has written to the Prime Minister to firstly express his concerns that this decision has been made, and secondly to request that boroughs, like Havering, which have an affinity to areas outside of central London, be given the option to return to being unitary authorities.

The U.L.E.Z. is a political device, implemented by the Mayor of London, which, fundamentally, the working people of Greater London will have to pay for. Completely ignoring the fact that we are facing a cost-of-living crisis, Sadiq Khan has chosen to target the poorest communities in London and has forced them to foot the bill for this nonsensical and narcissistic project.

"There is no evidence that it will improve air quality, but it will hit the poorest households in Romford the hardest. Meanwhile, this scheme will involve placing hundreds of cameras in Romford and thousands across London, which will cost hundreds of millions of pounds. This money could be better spent on helping struggling families following the legacy of lockdowns.

London cannot be treated with a one-size-fits-all approach which fails to recognise the needs of people in places like Romford, who identify more with the county of Essex. Unlike urban parts of the capital, residents in Romford do not all have the luxury of a nearby tube station.  There is not a tube station in Romford. Many have little option other than to use their cars for travel. Customers from outside of Romford, too, will be charged – which will only hurt local businesses and our town centre in particular.

People in Romford are fed up with being dictated to by Mayor Khan, who continues to ignore their wishes."