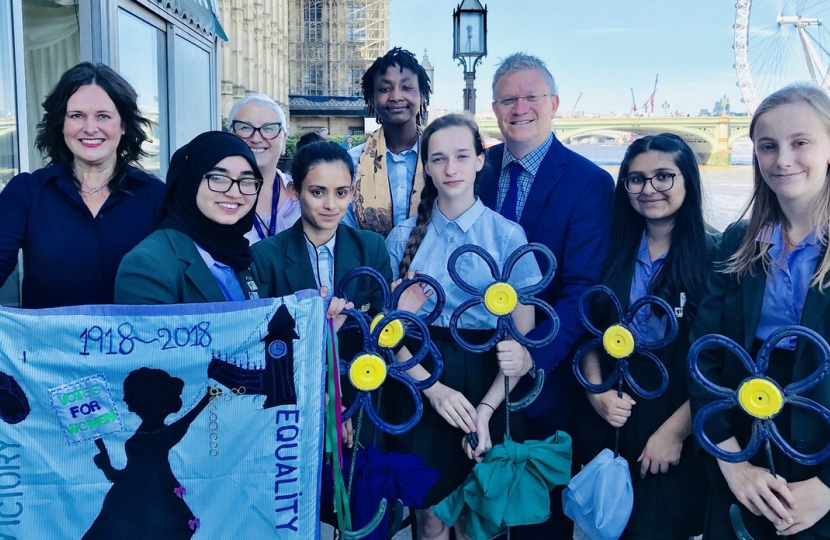 Andrew Rosindell MP commended the work of Frances Bardsley Academy for Girls in Parliament on Thursday 28th June, for their efforts to encourage women into Science, Technology and Engineering Industries by building their own miniature railway.  He also paid tribute to the retired engineers who have dedicated their time to pass on their skills on to the students.

On Monday 2nd July student visited Parliament to present to Mr Rosindell metal flowers that they welded from skills gained via the project. The trip was to honour our founder Miss Bardlsey who protested 100 years ago that women should have equal rights and be able to Vote.  A century on, her legacy is that women are entering professions once considered for men only.