Gallows Corner Letter to the Department for Transport 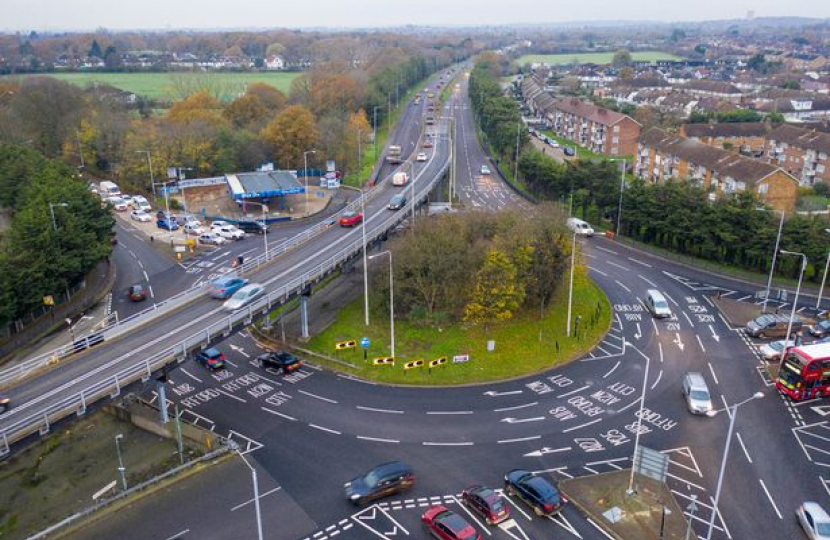 Today, Romford M.P. Andrew Rosindell has written to The Rt. Hon. Baroness Vere the Parliamentary Under Secretary of State for Transport in support of the TfL proposal for Major Road Network (M.R.N.) funding.

Following a meeting in May of elected representatives in the area, Mr Rosindell expressed his support for the Department for Transport Major Road Network funding plan submitted by Transport for London.

Rosindell said he is "pleased that TfL has decided to progress with the refurbishment and strengthening of the Gallows Corner Flyover in Romford, Essex" and that he would "like to offer his support for their (TfL) submission."

However, he did hold some reservations, saying "Whilst I personally believe that a much more radical option should have been adopted, to construct an underpass similar to what has been built along the North Circular Road, I accept that there is no funding available for that option, so this is the next best thing."

You can read a copy of Andrew's letter to the Minister below: