It’s time to end the woke agenda at the BBC 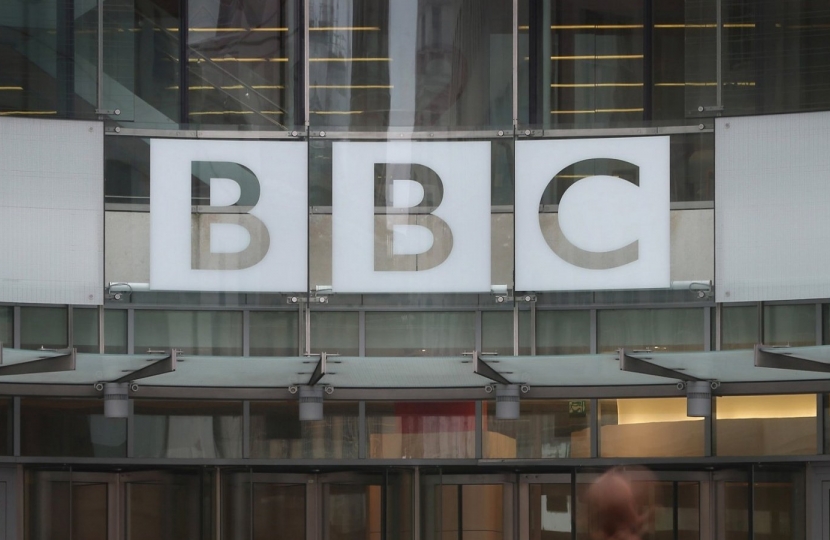 They thought they owned the working class. Labour, the BBC, Universities, the Arts – they all thought the working class were their pets, to be patronised and bribed with fantastical nuggets in a left-wing manifesto. Well, they were wrong. Seriously, gobsmackingly wrong.

Normal working people recognise snake-oil when they see it, and they don’t want to be bribed. Most people want to live proud, independent lives – making their own money, looking after their family and friends. They don’t want to rely on the state or central government for everything – though they do, of course, want and expect great public services. Most realise that can’t be achieved without a thriving free market economy.

So at this General Election,!something changed – it was a genuine People’s Revolution. Against Corbynism and the cult of the “Magic Money Tree”. Against smug, self-satisfied “celebrities”. Against University academics peddling their Marxist dogma to impressionable young students. The real people of this country, too long ignored, have demanded change and change they will get!

High on the priority list must be dealing with the BBC. The Licence Fee is a regressive tax – somebody on 20 grand a year has to pay exactly the same as someone on a million, simply because they own a telly. How is that fair? Less and less people are watching it – preferring to consume content online or from subscription services. There is no logic to the BBC’s continuation as a socialised model. Other channels have forms of advertising and sponsorship – why can’t the BBC? The question has to be asked, why should people who work hard to fund the lavish lifestyles of actors, comedians and executives who, frankly, disdain them? It simply isn’t fair.

I don’t want to be lectured by a rich thirty-something Corbynista comic and I certainly don’t want to pay for them! It’s time the gravy train was ended, the lavish luvvies laughing at us brought to heel.

Labour and its cultural apparatchiks pretend they are “down with the working class”. Well, I hate to break it to them, but that is demonstrably untrue. It’s not just the red wall which collapsed; across the length and breadth of the country, working people turned out in their droves to vote for Boris and our wonderful, revitalised, patriotic Conservative Party.

We are a patriotic people. It’s a quiet, understated patriotism, yes – but we love our country, we respect its traditions, our Queen, our Flag and support our military who defend our freedom.

The BBC is a great British institution, but must now be a flagship for a post-EU, Global Britain agenda, promoting all that is great about our nation and our people. We need our national broadcaster to truly reflect the patriotic spirit that British voters demonstrated on 12th December.

Corbyn and McDonnell do none of those things. A few weeks after the Brighton Bomb, which nearly killed Mrs Thatcher, Corbyn invited IRA members to take tea with him in Parliament. How could somebody who does that ever expect to be Prime Minister? How could John McDonnell – who praised “the bombs and the bullet”, and has used the most vile, violent language towards some of my female colleagues – ever be Chancellor of the Exchequer? Even without even considering their dire economic programme!

Corbyn’s manifesto did indeed promise a transfer of wealth – but the irony is, from working men and women to the middle class. The less well-off would pay more tax. Meanwhile, the middle-class, left-wing sect which has colonised our public sphere were proffered loads of goodies – why should a brickie in my constituency subsidise the University Degrees of BBC Executives’ privately educated off-spring?

The BBC has been overrun by the leftie, liberal elite. It’s time for ordinary, decent people to take back control. Let’s reclaim our public space. We have a mandate to do it – so let’s get it done!

This article was originally written for Free Market Conservatives.