Memorial service to the Duke of Edinburgh 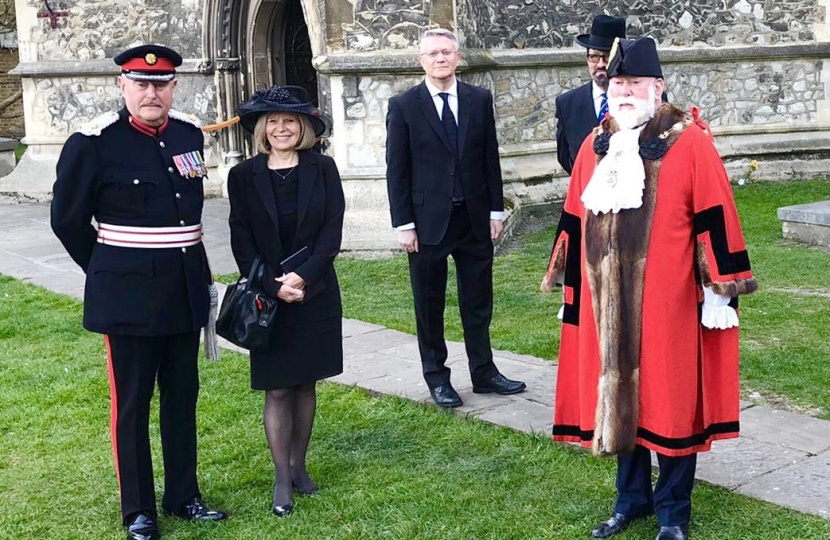 On Friday 16th of April Andrew Rosindell attended a memorial service at St Edward the Confessor Church for His Royal Highness, Prince Philip The Duke of Edinburgh, who died aged 99 on the 9th April.

The Duke of Edinburgh, along with Her Majesty The Queen, visited the Church in 2003 as part of a visit to Romford, where Andrew also showed them around Romford Market.

The service opened withthe singing of Our God, Our Help in Ages Past, a humn that paraphrases the 90th Psalm of the Book of Psalms.

The service then proceeded with readings from the bible including John, Timothy and Deuteronomy  .

The Vicar of Romford, the Revd David Simpson then spoke.

Further hymns, readings, prayers and addresses followed. The service finished with the singing of the National Anthem, God Save The Queen.

The full service can be seen on Facebook, using this link.