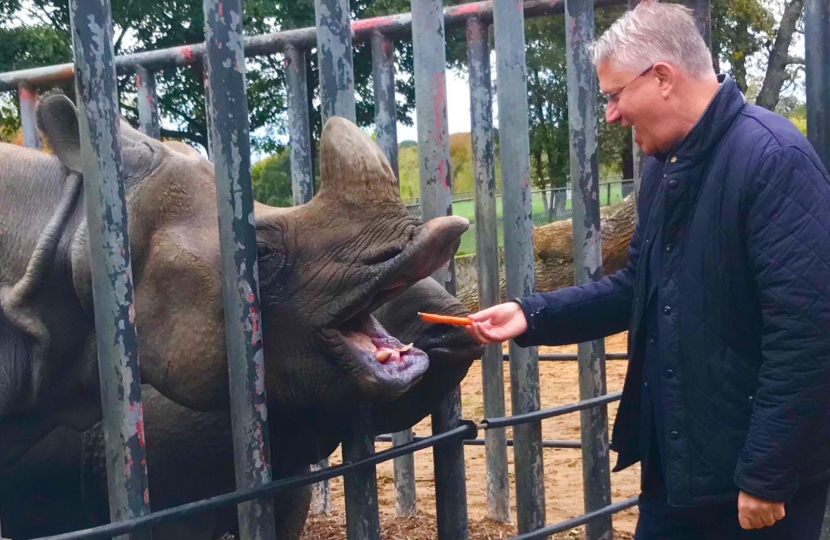 MPs and Peers have written an open letter to the Prime Minister urging him to act now on behalf of the zoos and aquariums who have been hard hit by the pandemic. The letter, led by Andrew Rosindell MP as chair the APPG for Zoos and Aquariums, calls for urgent action following the failure of the Zoo Animals Fund.

Despite being set up to help zoos and aquariums in need, nearly a year on from the beginning of the pandemic the Zoo Animals Fund has helped a “paltry” 33 (out of over 300) zoos in England. The letter echoes calls from zoos and aquariums who have called for Government to replace the Zoo Animals Fund with a Recovery Fund to support the entire industry.

Andrew Rosindell MP commented: “Colleagues from across Parliament are deeply concerned by the inadequacy of support for zoos and aquariums. These are organisations dedicated to fighting extinction and caring for some of the most amazing animals – and yet they have not received the help they need. This letter should be loud and clear to the Prime Minister – act now!”

Zoos and aquariums have lost millions of pounds as lockdowns and restrictions have limited their ability to welcome visitors – something that normally funds their animal care, conservation and education work.

£94 million of the Zoo Animals Fund remains unspent with weeks to go until the fund expires. Zoos, MPs and Peers point out that restrictions in the design of the fund effectively excludes the vast majority of zoos and aquariums.

Dr Jo Judge, CEO of the British and Irish Association of Zoos and Aquariums echoed the MP’s comments: “Providing top quality care to animals is an expense zoos and aquariums take on willingly as they work together to conserve species and fight extinction. But too many have not received any help from Government in this pandemic. It is so important that £94 million is ring-fenced for a Zoo Recovery Fund to help the entire sector.”

Mr Rosindell continued, “I know that people up and down the country want the Government to step in and properly support the care of our wonderful zoo animals. As an animal lover, I hope the Prime Minister will step in and take the correct course now.”

Save our Zoos and Aquariums!

UK Government has announced £100 million for zoos and aquariums in England, after months of lobbying
Design flaws ​mean just 5 zoos have managed to access the fund