A new constitutional settlement for the United Kingdom 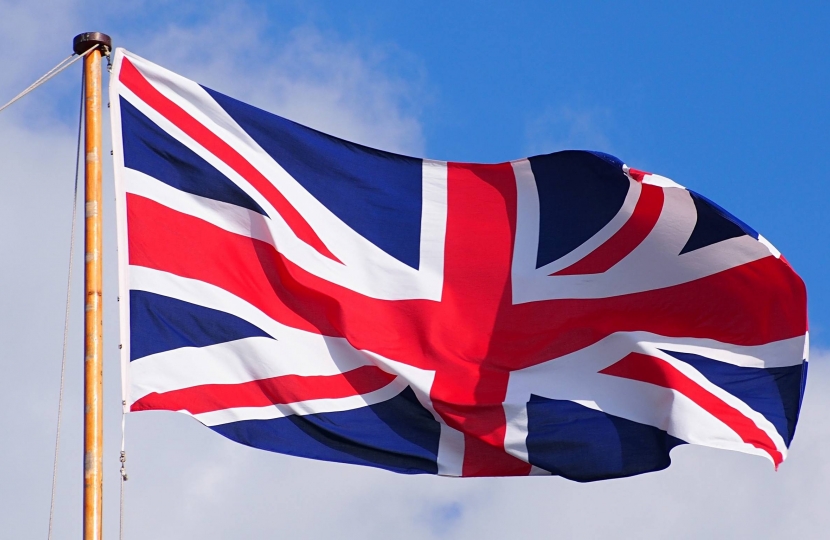 Andrew Rosindell M.P. today presented a Ten Minute Rule Motion on Parliamentary and Constitutional Reform to the House of Commons.

The Bill seeks to reform the powers and structures of the United Kingdom Parliament and the devolved administrations, so as to establish a new constitutional settlement for the United Kingdom, and to uphold equal democratic rights, historic identities, liberties and freedoms for the people of England, Scotland, Northern Ireland, and Wales.

Andrew said in his speech to the House of Commons:

"Mr Speaker, the result of the Scottish referendum has opened the door to a much needed debate on England’s constitutional status, but I believe that any new settlement must be in the interests, not just of England, but all the component parts of the United Kingdom and the wider British family.

Today, we have a unique and exciting opportunity to be bold and imaginative in the evolution of our British constitution, putting our entire nation on a stronger footing.

This House of Commons is the British Parliament, elected by the British people, and has always included English, Scottish, Northern Irish and Welsh M.P.s. – all of whom sit here as equals.

Indeed, our constituents elect us to this House as equal Members of Parliament, with the right to speak, vote and participate on all issues, whichever corner of the Kingdom we may represent. To change that principle, by stopping M.P.s from one part of the Kingdom from speaking or voting on certain issues would, I fear, be a dangerous road to travel.

Mr Speaker, I believe it would change the nature of this House for ever.

With M.P.s no longer sitting here on an equal basis, I fear the House of Commons might eventually be seen by those representing parts of the Kingdom that are excluded for certain business, as no longer being a Parliament that truly represents the interests of whole British nation and its peoples.  My Bill seeks to ensure that for as long as England, Scotland, Northern Ireland and Wales remain within the United Kingdom, their elected representatives will always be considered as equal, here in this chamber.

The House of Commons is not an English Parliament and must never become one.

I believe that the decision taken by the people of Scotland to remain within the United Kingdom was right, but there are many who would have preferred Scotland to become an independent country, and still do.

The former Frist Minister of Scotland accepted the democratic verdict of the people, and he was right to do so, but it would be wrong to believe this issue has now been settled for good.  On the contrary, there remains a constitutional imbalance in how the United Kingdom is governed and it must now be our duty to devise a new constitutional settlement for all Britons.

And so, my Bill will seek to create a new framework, evolving and enhancing the role of our U.K. Parliament, Scottish Parliament, Northern Ireland and Welsh Assemblies, in creating a British-style federal model of parliaments and government, similar to that which has worked successfully in Australia and Canada, nations with whom Britain already shares so much in common, not least our Constitutional Monarchy.

The Parliament of the Kingdom would retain overall British responsibilities, for example Defence, Armed Forces; Foreign Affairs, International Relations; National Security; Border Control and Immigration; management of the our British Currency, the Pound Sterling and other clearly defined areas.

A Parliament for England, alongside strengthened Parliaments for Scotland, Wales and Northern Ireland, would then provide democratic self-government for all four countries, with the autonomy and freedom over their own affairs and the ability to uphold their own identities, traditions and laws, made by their own M.P.s in their own Parliaments.

And Mr Speaker, an English chamber cannot ever be the one in which we sit today, these green benches are British, and must always remain British, so an English Parliament would need its own home, the City of London would be my preference, but whatever the location, it must be one in which the people of England can take pride in, with their own English symbols, English culture, traditions and St. George flag, just as Scots are able to take pride in their own Parliament, with Scottish symbols, culture, traditions and of course, the St. Andrew’s flag, The Saltire.

If further devolution in England is sought, this would be a matter for the English Parliament to decide upon, but could perhaps be established on our traditional Counties and great Cities, bringing with them historic, social and geographic identities that are cherished by local people and have stood the test of time, rather than large artificial regions

So, my Bill would establish a new settlement for the governance of the whole of the United Kingdom, with four equal countries and a consistent framework for our Parliamentary democracy throughout the nation; but we must also consider extending these democratic rights equally to the wider British realm. Within a new federal structure, there would no longer be any reason not to invite equal representation from all British territories and dependencies and why not also allow representation from British citizens and Armed Forces overseas, thus making it fully representative of all Britons.

My Bill is about strengthening the entire scope of our nation and its peoples, in every corner of Her Majesty’s Britannic realm – so if we are going to do this, let us do it properly, and in the overall interests of the entire British family.

Mr. Speaker, as an English M.P., representing a very English constituency, I care deeply about England along with many members of this House, believe the time has come for England to find its voice, but to do so without full consideration of what the consequences might be for the rest of the Kingdom, would be mistaken.

My Bill allows for a genuine debate about how we, as Britons can work to find a lasting constitutional settlement for our entire nation and all of its component parts.

With the support of Members of Parliament from seven different political parties represented in the House of Commons today and indeed, from all four countries of which the United Kingdom is comprised, I hope that my Bill will provide a foundation for the next chapter in the evolution of our great British democracy, and I commend it to the House."

Andrew had the support of M.P.s from not only the Conservative, Labour and Liberal Democrat Parties but also the Scottish National Party, Democratic Unionist Party, Plaid Cymru and the UK Independence Party. The Bill will have it's Second Reading on Friday 23rd January 2015.