Statement on the Prime Minister's Resignation 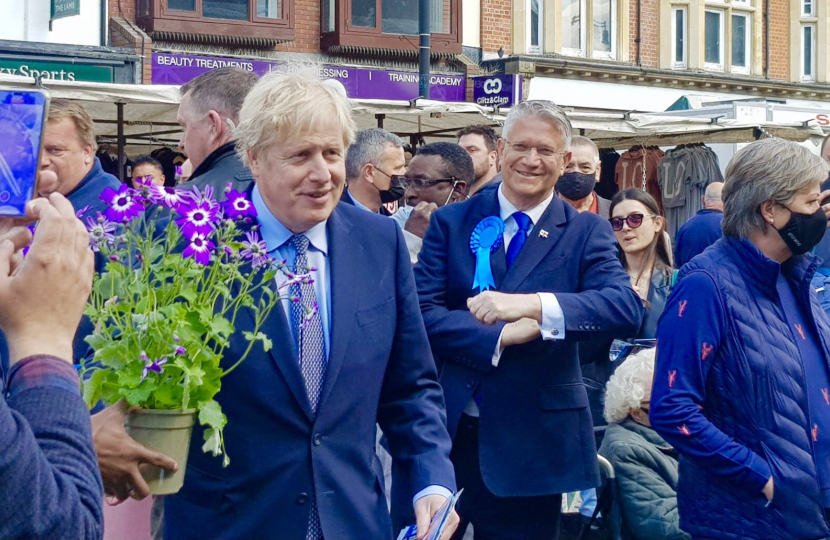 Statement from Romford M.P. Andrew Rosindell regarding the resignation of The Rt. Hon. Boris Johnson M.P. as Prime Minister:

"I am very sad that Boris Johnson has resigned as Prime Minister. I felt he had a lot more still to give to the United Kingdom and should have been allowed to get on with the job he was elected to do less than three years ago.

He may not have always been the most popular Prime Minister, but he delivered the biggest Conservative majority since Margaret Thatcher.

He was also true to his word in getting Brexit done and Britain out of the E.U., which would never have happened otherwise.

Boris Johnson also led the quickest path out of lockdown for any country in Europe and made sure we had the fasted roll out of the covid vaccine.  He also led the world in standing up to Putin and the blood-thirsty Russian tyranny now engulfing Ukraine.

I stand by my belief that trust and integrity are a vital part of Government and it is only right that the Prime Minister apologise when they make mistakes, but Boris did this and yet he has still been forced to resign.  Something that Tony Blair did not do over Iraq.

I want our next Prime Minister to be someone who will stand up to the E.U. and scrap the Northern Ireland protocol; get rid of the Human Rights Act so that we can properly control immigration; stand up for British values and reject the woke agenda; and someone who will continue cutting burdens on businesses and families, so that we can unleash the potential of every part of the United Kingdom and build a strong and prosperous economy.

So I am backing The Rt. Hon. Elizabeth Truss M.P. to be our next Prime Minister.  Liz will be the best choice to lead our country and carry on the work that Boris started… and one thing she has made very clear, she won’t go soft on Brexit!

She’ll get my vote!"