Update on 'A Pet in Every Home' Campaign 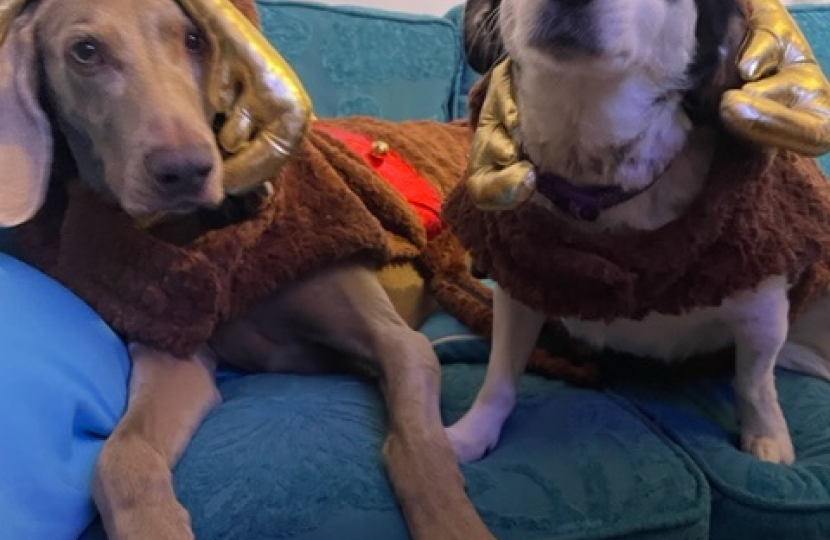 The campaign for a ‘Pet in Every Home’ has recently received a huge boost as the Government announced new legislation which will adopt the proposals surrounding pets in rented accommodation.

The Rental Reform white paper which is being proposed as the Government's Renters Reform Bill will be debated in the House in the coming weeks.

Andrew Rosindell M.P. who started the campaign with Jordan Adams in the summer of 2021 to change the law welcomed the white paper produced by the Department for Levelling Up, Housing and Communities.

“I welcome the legislation being proposed to fix a problem which often unfairly discriminates against pet owners.

Since I first proposed Jasmine’s Law to Parliament it has only become more clear to me that we need to urgently find a solution to the problem of how to bring pets into rented accommodation.

I know first-hand just how much joy pets bring, and the fantastic effect they have on your mental and physical wellbeing. It doesn't make any sense to exclude renters from these benefits.

Pets are an important part of many families. They bring joy, but can also be a great help in hard times. I'm sure many people could not imagine going through the pandemic without their pets by their sides.”

Jordan Adams whose dog ‘Jasmine’ was adopted as the name for the Private Members’ Bill proposed by Andrew Rosindell M.P. in September 2021.

“My landlady at the time was dead against having any kind of pets; on a permanent basis or even to stay overnight.

During the pandemic, it really brought things home because everyone was isolated. I had just broken up with my partner, it was a very lonely time and having a pet around makes such a big difference.

Out of the 200 places in the area that were within my budget, you’d be lucky to see three to five that would allow pets.

You can have families who move into homes with really noisy, misbehaving children, it’s just really unfair to say to people at the outset that you can’t have any pets because every pet is different.

It’s really down to the owner, who essentially is paying the landlord.

There were people I hadn’t spoken to say this is really going to change my life, there was one girl I knew who was really lonely, who was chasing me for updates on whether it was going to go through saying ‘I really don’t want to have to live alone anymore and I can’t afford to buy a place of my own.’

I can see it from both sides, you can get puppies who are quite disruptive and if they ruin some woodwork or flooring, it could be quite expensive, and the landlord isn’t necessarily covered by the deposit.

It’s actually going to allow more pets to have a home, too, instead of being put down or left on the streets.”