We are taking back control of our borders! 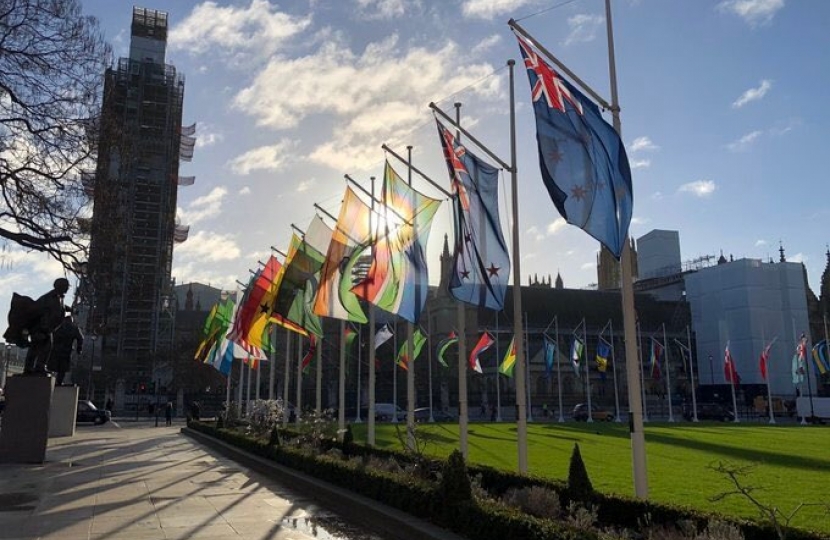 On Friday last week, I had the privilege of showing the Australian High Commissioner around Romford.  His Excellency The Hon. George Brandis Q.C. was delighted to meet local business people and talk about our future Free Trade Agreement.  As we were flying the Australian flag from Havering Town Hall to mark the occasion, I thought about how much Britain has in common with countries like Australia: shared history; values; culture; language; rule of law; and of course, we share Her Majesty The Queen as our Sovereign.  In fact, we have much more in common with many Commonwealth countries like Australia than we do with the countries of the European Union.

That’s why I am glad that now we are leaving the European Union, we can reform our immigration system and end the discrimination against our Commonwealth friends. Our government’s new, fairer immigration system will finally ensure that people from across the globe are treated equally.  Taking back control of our borders means that we can make sure that people who come to this country are ready and willing to contribute and integrate into our society. The new system will favour those who share our values and speak our language. It will allow us to attract talented people from across the globe, not just from the continent.

I was also glad to hear that our no nonsense Home Secretary, Priti Patel, has ruled out general low-skilled immigration.  The U.K. economy has relied on cheap labour from Europe for far too long. This change will encourage employers to pay higher wages and invest in British workers once again. These changes to our immigration system will ensure that we attract the best and brightest from around the globe, boosting our economy and communities like Romford, and finally unleashing this great country's full potential. The people of Romford voted to take back control from Brussels. I am glad that our new immigration system does exactly that. When you next arrive back at Heathrow or Gatwick, you will now see the Australian, New Zealand, Canadian and U.S.A. flag displayed, alongside the E.U. and countries such as Norway, Switzerland, Japan and Singapore. This is an important symbolic change to demonstrate that Britain is back, as a global, outward looking, free trading and sovereign nation, once again!

This article first appeared in the Romford Recorder.