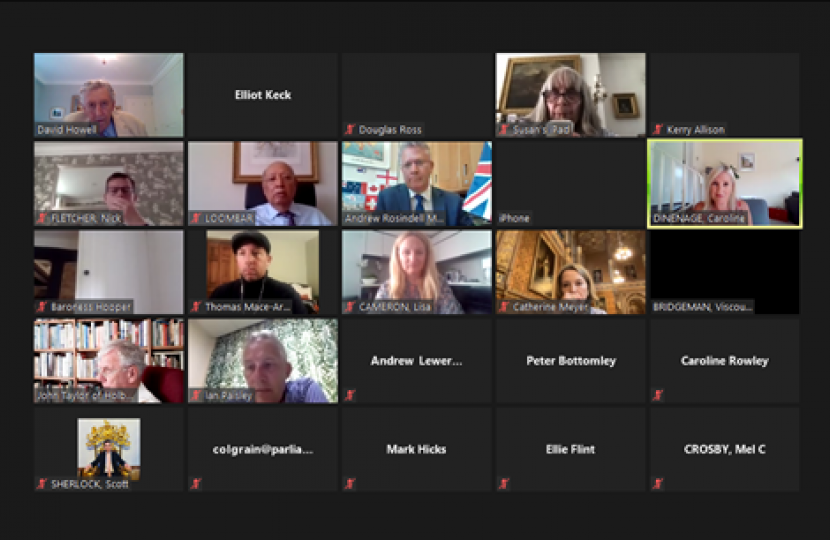 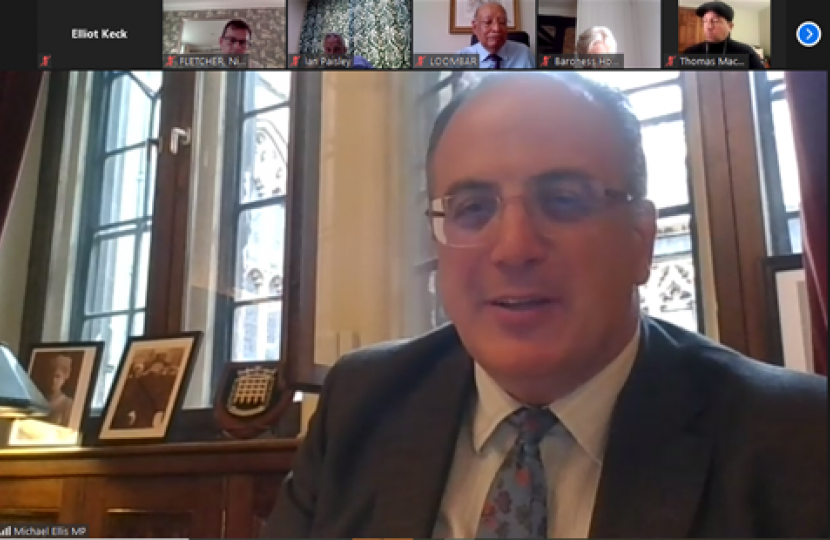 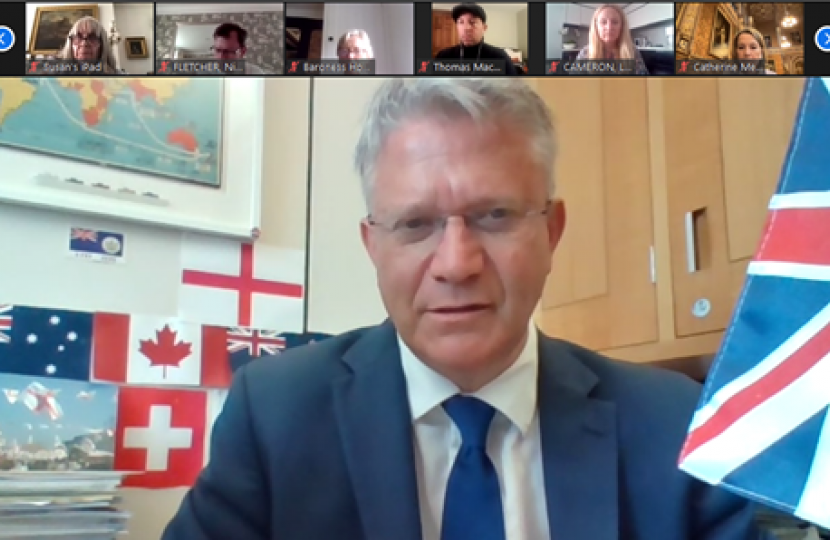 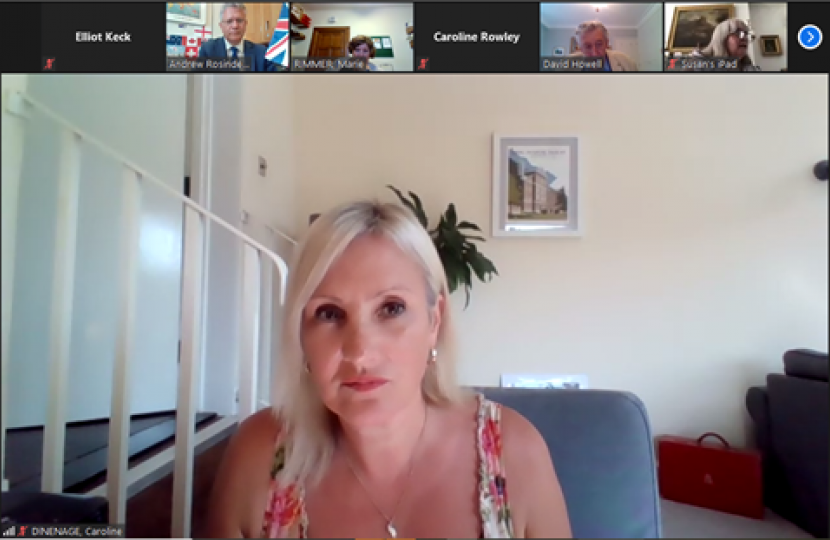 On 19th July Andrew Rosindell chaired the second meeting of the Platinum Jubilee APPG, set up to coordinate efforts by M.P.s and Lords to commemorate Her Majesty The Queen's historic 70th year as Sovereign in 2022.

The meeting was attended by a range of M.P.s and Lords from across the political spectrum.

Most significantly, the Minister responsible for delivering the Platinum Jubilee, Caroline Dinneage, appeared to brief attendees on plans for the Platinum Jubilee. This will include The Queen's Birthday Parade when over 1,400 parading soldiers, 200 horses and 400 musicians will come together in the traditional parade to mark The Queen's official birthday.

In addition, for the first time, beacons will be lit in each of the capital cities of the Commonwealth countries to celebrate The Queen's Platinum Jubilee.

Also announced to the meeting was a Platinum Jubilee medal to be awarded to the members of the emergency services.

The Platinum Jubilee will include a four-day bank holiday in June.

Ms Dinneage confirmed that the Government is coordinating with all four nations of the U.K. as well as Crown Dependencies, Overseas Territories and other Commonwealth countries.

"2022 will be such a landmark year of renewal as we all come together to celebrate this momentous event. I’m really excited about working with this group and across Parliament."

Also addressing the meeting was Michael Ellis MP who is leading on efforts to raise funds for a Parliamentary commemorative gift to Her Majesty.

"I was proud to welcome the Minister in charge of organising this unique and historic event to the second meeting of our APPG. How delighted we all were to hear about the amazing range of events that will be held in 2022 to celebrate the most remarkable of reigns. It was particularly pleasing to hear about the work being done with our Crown Dependencies, Overseas Territories and Commonwealth allies to celebrate this occasion. I thank the Minister for her attendance"