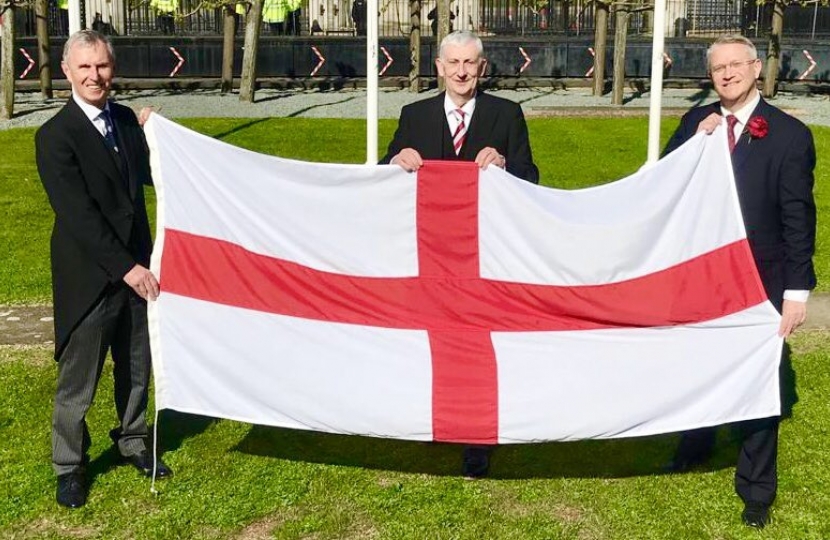 The Cross of St George is flying from flagpoles in the House of Commons for the first time - exactly 360 years since the coronation of Charles II.

"An historic day to celebrate, as for the first time ever the Cross of St. George flag for England is flown officially at the House of Commons. Thank you Mr. Speaker!"

"I am very proud to fly the flag on St George’s Day at Parliament’s main entrance for the first time - but to do so 360 years since the coronation of Charles II, whose father locked horns with the then Speaker of the House of Commons, is particularly significant.

I am also proud that the flagpoles, that were installed last month, stand at the entrance to Parliament. The king would have walked directly across where the flagpoles are situated and into Westminster Hall for his coronation banquet at the Restoration of the Monarchy."