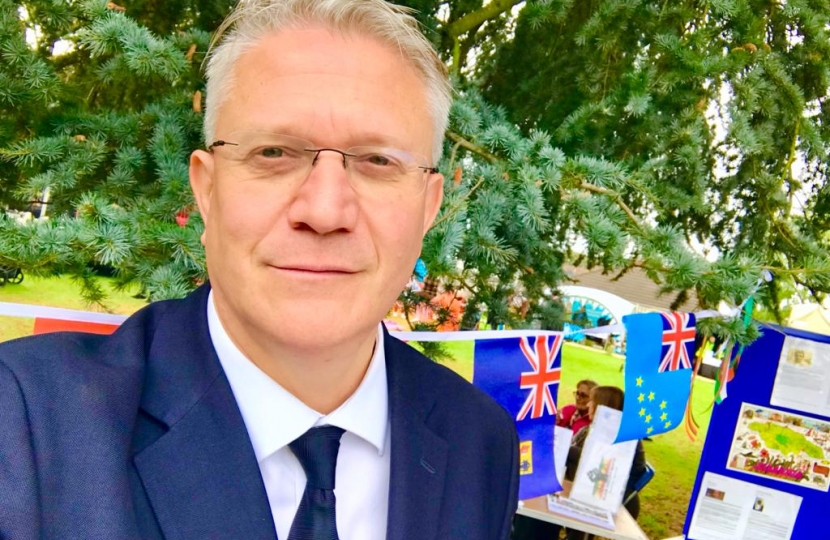 Romford M.P. Andrew Rosindell today wrote to the Secretary of State for Transport, Grant Shapps, to urge him to provide “assurances and support to London black cab drivers” during the Government's ‘work from home’ messaging.

In the letter, Mr Rosindell writes that he has been contacted by several constituents who are black cab drivers in London and are concerned at the Government’s latest advice to work from home.

The M.P. said that London is emptying fast as people stay at home which has led to uncertainty for London cabbies who he describes as the people who “keep London moving”.

In his letter to the Transport Secretary, Andrew Rosindell M.P. argues, “following the Government’s announcement of additional restrictions, black cab drivers will be left without work and therefore potentially running into financial difficulties.”

The Romford Member of Parliament urged the Government to outline how they intend to give “the support, financial or otherwise, needed by cabbies during ‘work from home’ advice from the Government.”

He also spoke of how several constituents had been in touch to make it very clear that they need some assurances and support from the Government that the industry will be supported during ‘work from home’ advice.

“The iconic black cab is as symbolic of Britain as the red bus, the red telephone box and Buckingham Palace, it would be a deep shame to see an honest trade disappear from our streets due to a lack of Government support for this historic trade.

Black cab drivers remain a vital part of the capital’s transport system and play a key role in keeping London moving, therefore I hope you would agree that cabbies need all the support, financial or otherwise, during ‘work from home’ advice from the Government.”