Andrew Rosindell on the Delays in Processing Passports 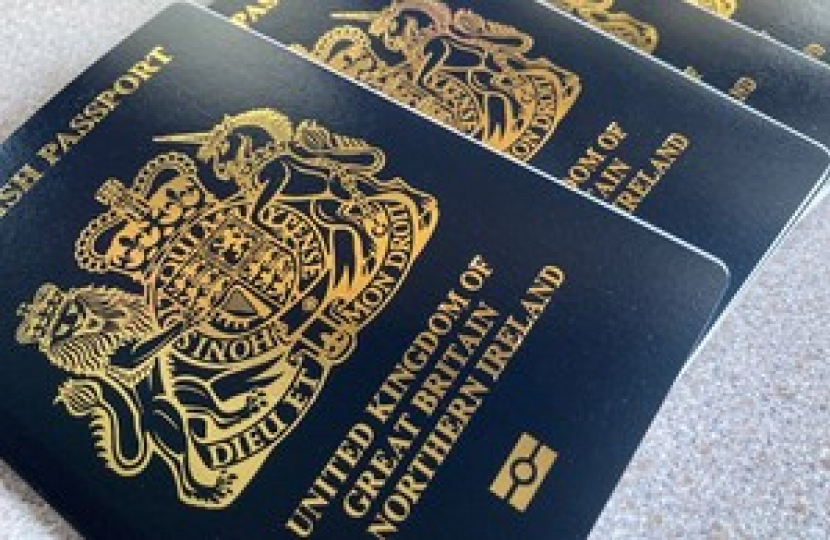 Today, Andrew Rosindell, M.P. for Romford has written to the Home Secretary, The Rt. Hon. Priti Patel M.P., regarding the delays in processing British passport applications.

After being inundated with correspondence from constituents, Mr. Rosindell has protested to the Home Secretary, outlining his concerns surrounding delays and the lack of response from Her Majesty’s Passport Office.

“I have been inundated with e-mails, calls and letters from constituents due to go on holiday imminently but facing delays in getting passport applications and renewals processed.

In a couple of cases, children have been upset fearing they might not be able to take part in once-in-a-lifetime holidays, missing family weddings and key workers from the pandemic being unable to take their well-deserved break.

I had one constituent whose 16-year-old daughter travelled all the way to London where she waited from 7.30 a.m. until 3.00 p.m. in the heatwave only to be told to come back and do the same all over again on Saturday. This is simply unacceptable.

Other constituents have been in touch to say that the Passport Office have lost their documents, leaving them without identification whilst others have waited upwards of 12 weeks for a passport to be processed.

The response from the Passport Office has been appalling at best, customer service seems non-existent and it is impossible to get through on the telephone.

People had holidays cancelled during the Covid restrictions and faced losing thousands of pounds, luckily many companies have rearranged those getaways but due to H.M. Passport Office delays, they are at risk of losing that money for good if their passports aren’t returned in time.

The Home Office was warned about a likely surge in demand for passport applications as early as November 2021, but it appears that they failed to take the necessary action to prevent the backlog they are currently experiencing.

People are fed up with the bureaucracy and delays incurred in getting a passport renewed and I am calling on Priti Patel to intervene and ensure the H.M. Passport Office is functioning properly as a matter of urgency.”