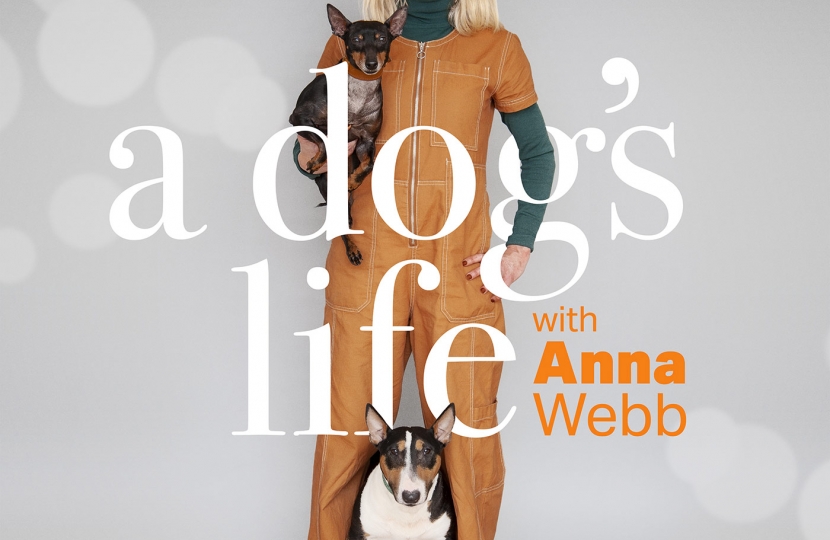 You can listen to the full catalogue of Anna's podcasts on Spotify, Itunes and all other podcast platforms.

Below are extracts of Andrew's appearance on the podcast.

Speaking about his love of dogs, Andrew said:

"I've owned three dogs in my life and the funny thing in politics is that not everyone is as friendly as you might think, but the dog is always there for you. They are loyal, they love you unconditionally and having a dog particularly in politics is a wonderful thing."

Speaking about the pain that pet owners can face when moving into rented accommodation with a no pets clause, Andrew said:

"It's like losing a member of your family. To have to choose between animal and home is a horrendous choice to make and there needs to be a change in culture. We shouldn't really need a change in law we just need landlords to start being reasonable because too many of them adopt blanket rules against pets living in rented accommodation."

On differing policies around the country:

"I'm proud to say that my own council, Havering, has a pets welcome policy. Animals are allowed to stay in council-owned properties in Havering, provided they are well-behaved and provided the owner is responsible and I think that is the right policy."

On what the government is doing to encourage pets into rented accommodation:

"Although what the Communities Secretary Robert Jenrick has done in changing the guidelines on this is welcome, it does not go far enough because it does mean that councils, housing associations and landlords can still say "no dogs, no animals" for no reason whatsoever because the vast majority of animals are well-behaved, won't cause damage and won't become a nuisance."

On the positive impact of pets on loneliness:

"For people that live alone, and people that don't have an extended family, having a dog is really like having a family. You can buy all kinds of material things but nothing replaces a real animal that shows you love and affection."

"Really Britain should be leading the way. We are supposed to be the greatest animal loving nation. If other European nations can adopt animal friendly policies in homes then we should have done this long ago."

On the Dangerous Dogs Act and breeds-specific legislation

"I've been campaigning against breeds-specific legislation for about thirty years now since the Major government brought in the Dangerous Dogs Act. Of course I want the protection of people from dangerous dogs, but I don't believe we should identify certain breeds, it's about the owner and how it's brought up, not about the breed."

"It's a broad bill I've brought forward. It's not just about making sure that people can keep their dogs and keep their animals in their homes, it's also about promoting the idea of microchipping."

On support for Jasmine's Law:

"It's got support from across all the political parties. The bill is co-sponsored not just by Conservatives but by Labour MPs, a former Liberal Democrat leader Tim Farron and a DUP MP. So there is wide support across Parliament for the principle that every home should be able to have a pet.

On the prospects for the legislation:

"Being realistic, 10 Minute Rule Bills rarely become law, but the principle behind them often gets adopted by the government of the day, and laws and regulations can change as a result so I hope that's what happens in this case."