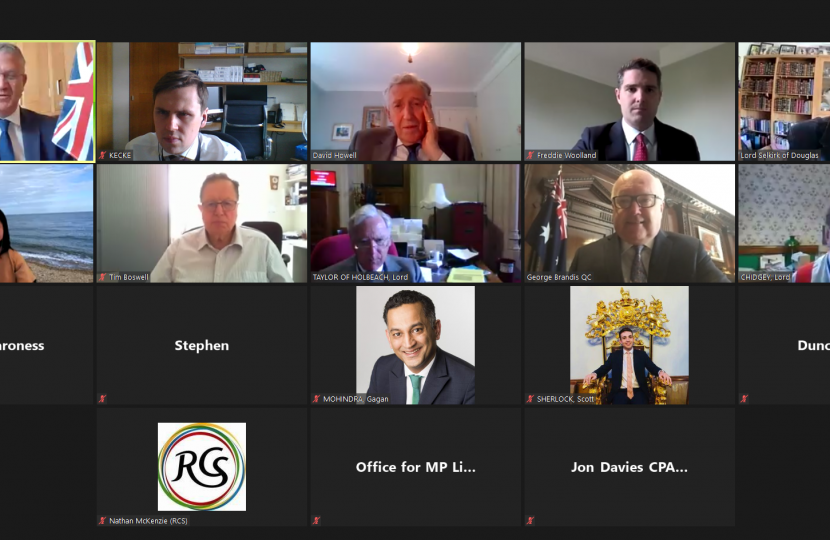 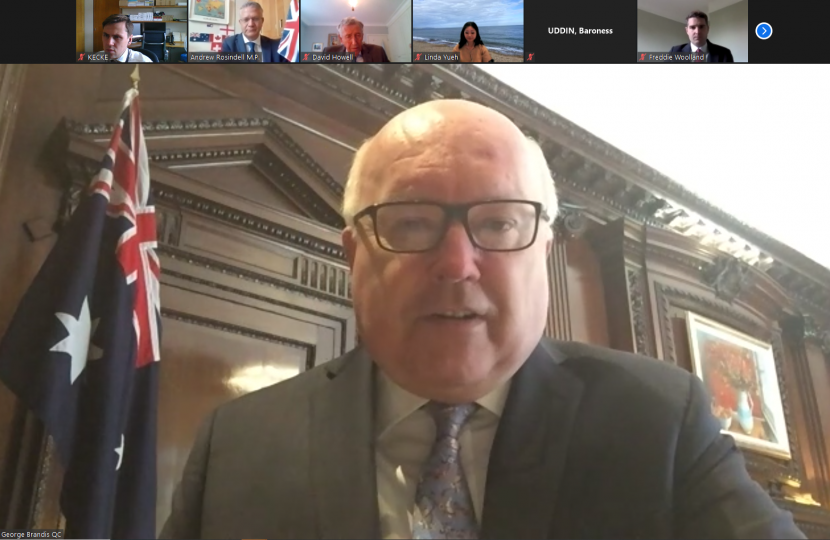 On 14th July Andrew Rosindell chaired a meeting of the Commonwealth All-Party Parliamentary Group, where he was joined by His Excellency George Brandis QC, the High Commissioner of Australia.

They discussed a number of issues during the meeting, including the recent UK-Australia trade deal and further opportunities for advancing UK-Australia cooperation.

Later in the meeting, the Executive Director of the Commonwealth Security Group Freddie Woolland also spoke to members of the APPG.

Andrew Rosindell M.P. said: “I am personally thrilled that it is Australia that is the first country with which the UK has secured its first post-Brexit trade agreement. There is no country which the UK has more in common with than Australia and therefore it is highly appropriate. I was delighted to greet the High Commissioner George Brandis QC and I on behalf of the Commonwealth APPG want to extend my deep gratitude for his role in securing this historic agreement.”

His Excellency George Brandis Q.C. said: “This is a much more comprehensive trade agreement than we have done with any other country. It was also one of the fastest.”

On Saturday 24th July, a dinner was held to celebrate Andrew's 20th anniversary as M.P. for Romford. He was first elected in the 2001 General Election when he recorded the biggest swing to the Conservative Party of the night.