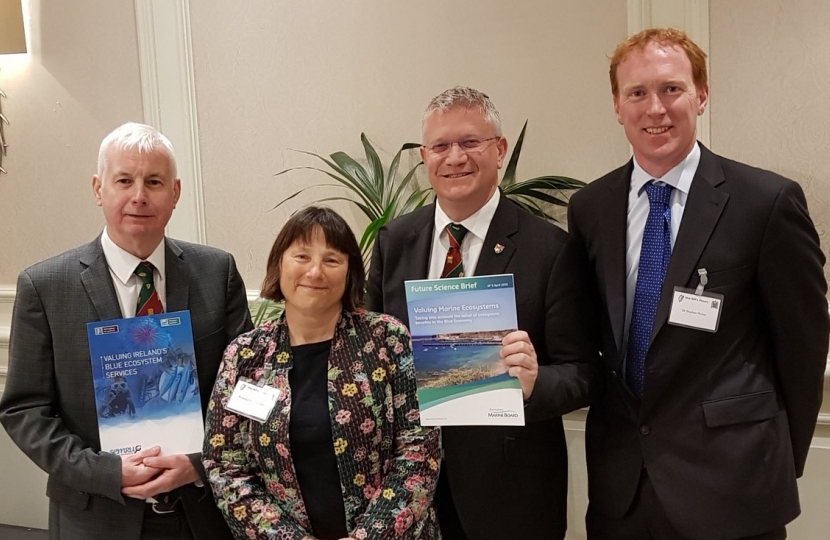 The British Irish Parliamentary Assembly (BIPA) met in Wicklow on the 13th and 14th of May for its 58th plenary.

On Monday, the session will feature addresses by Minister for Communications, Climate Action and the Environment, Richard Bruton TD, as well as His Excellency Robin Barnett, Ambassador of the United Kingdom to Ireland.

“International collaboration is vital to address the growing crisis of climate change, and I am pleased this will be a central theme of the 58th BIPA plenary next week in Wicklow. We welcome leading figures in the fields of environmental protection and climate action to address the assembly, including Laura Burke, Director General of the Environmental Protection Agency Ireland, Dr Stephen Hynes of the National University of Ireland and Professor Melanie Austen of Plymouth Marine Laboratory. Recent months have seen young people taking a more active role in tackling the challenges of our future, and I am pleased to be welcoming the National Youth Council in Ireland to speak to us about their work on the UN Sustainable Development Goals. I hope BIPA’s facilitation of knowledge sharing will promote close collaboration across Britain and Ireland on actions to address these pressing issues.

“Of course Brexit and the implications for the land border on the island of Ireland remain considerations for BIPA. We will be hearing from H.E. Robin Barnett, Ambassador of the United Kingdom to Ireland, on British-Irish diplomatic relations, and the assembly will debate recent political developments. I look forward to discussing these issues with colleagues from Ireland, all the nations of the United Kingdom and the Crown Dependencies.”