Visit To Tanzania As Trade Envoy 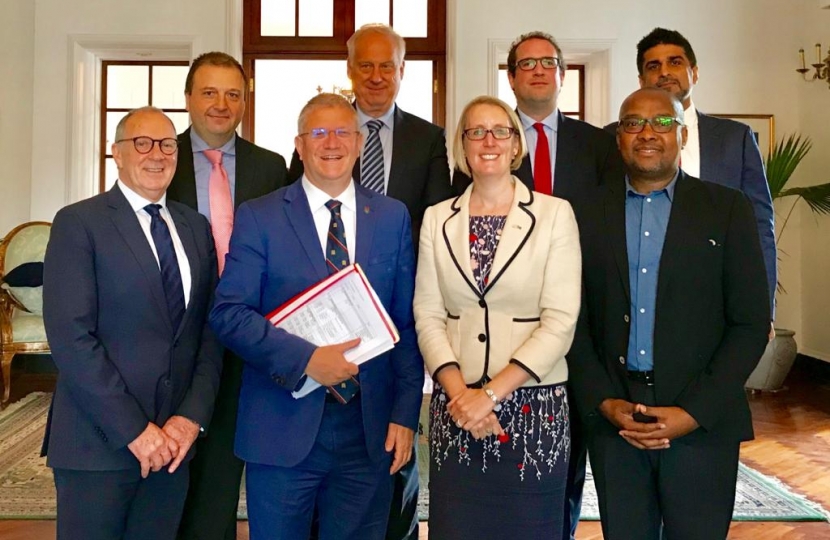 This week Andrew has been visiting Tanzania as part of the Prime Minister’s Trade Envoy to the country. The purpose of this trip will be to help turbocharge the trading relationship between the UK and Tanzania and to make it easier for the UK to do business in the region. The UK is already the biggest investor in Tanzania, with 35% of all foreign investment there being British. On a governmental level, Tanzania is one of only five African countries with which the UK has signed a High Level Prosperity Partnership. It is hoped that following the UK’s exit from the European Customs Union, this already flourishing partnership can reach new heights.

Highly productive meetings took place with a number of Tanzania’s Government and Business leaders, helping to espouse the benefits of British business and investment in the country. The M.P. for Romford visited the most populous city of Dar Es Salaam, as well as the smaller provincial cities of Moshi and Arusha.

Having just touched down in Tanzania, Andrew was very impressed at the new airport, saying “I’m extremely excited to be visiting Tanzania. I’m impressed with the quality of the UK-Dutch Bam International constructed and UK export supported Terminal 3”. Andrew then went on to say how excited he was to get started in his capacity as a trade envoy. It is not just the airport that impressed but Tanzania’s extremely rich array of wildlife; it contains a staggering 20% of the species in Africa’s unbelievable mammal population.

As a Commonwealth country, Tanzania shares rich ties with the UK in both the past and the present. As part of his role as Trade Envoy, Andrew hopes that these ties can be expanded upon in the UK’s outward looking post-Brexit future.